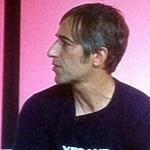 When members of the gaming industry gather, there’s always a buzz word that wiggles its way into discussions. At GamesBeat 2012, it’s “crossover.” More specifically, the transition we’re seeing with console developers moving to the mobile and social space. It has the potential to make both platforms grow exponentially; something Zynga CEO Mark Pincus expressed a lot of interest in during his keynote fireside chat.

The talk was moderated by VentureBeat’s Dean Takahashi, who began by asking Pincus what he wanted most from the mobile ecosystem. The answer, as it turns out, is sustainability.

“I think we need conditions where we can confidently make these bigger investments in higher quality content,” he said. “If you’re a small independent developer, you need to know you’re not betting your company or going out of business if you’re wrong.” It’s a sentiment shared by many in the mobile community and, in light of Zynga’s recent attempts to team up and publish the games of smaller developers, it isn’t so surprising to see them echoing it. It’s a very tangled problem, but Pincus feels more communication amongst developers could ultimately help.

“We need to be more interconnected with each other as an industry – we need channels so that many, many more games can be discovered.” This is another salient topic at the event. Nearly every smaller developer I’ve conversed with today has offered up a similar remark, ironically citing companies like Zynga as part of the problem. Whether or not that’s true, it’s clear not everyone is happy with the structure of the App Store.

Takahashi moved the discussion forward by discussing the rapidity with which the mobile platform is moving. He cited GREE as a company acting on this movement, investing heavily in marketing in the hopes of dominating the platform. Pincus mostly agreed here, but brought up the issue with the instability of the mobile platform.

“We hope to move the industry on production values and social elements and mechanics – we can’t make that investment on mobile, but I’m confident we’ll get to the point in the next couple of years that we can.” His remarks here align quite a bit with Zynga’s output over the years. Although they’ve released quite a few mobile games, it’s clear their interest lies more in the browser and social platforms – at least for now.

The next topic of conversation is one I imagine was on the tip of the audience’s collective tongue: cloning accusations. Takahashi pointed out the similarities between Zynga’s The Ville and EA’s Sims Social, arguing that Zynga seemed to be picking “market share fights.”

“We’re not going to grow by trying to subdivide the people that play a bubble game, or whatever game – we’re trying to move the genres forward, make them more social and acceptable to people,” offered Pincus. “If you look at CityVille, it wasn’t the first city game, it wasn’t the first social game, but we made it more social. We grew the Facebook ecosystem when we launched that game, which I think is good for everybody. “

It’s a response that’s open to interpretation, and perhaps not the most direct acknowledgment of complaints lodged against the company. But Pincus seems unperturbed on the subject, and ultimately proud of the work Zynga has done. He feels the same amount of confidence in the future of mobile, which he cited as the most disruptive thing in gaming today.

“I think that mobile has the potential to really grow – not just the audience – but the kind of share of people’s time that they can put into games.” As I roam The Palace Hotel, striking up conversations with developers and industry folks, I get the feeling he’s not alone in thinking so.