Home / News / GamesBeat 2012: The importance of quality in the indie scene 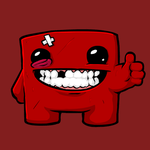 As far as Chris Hecker is concerned, we’re currently in the “golden age of indie.” It was a concept at the heart of this year’s indie games panel at GamesBeat, where the Spy Party developer, Team Meat’s Tommy Refenes, Braid mastermind Jonathan Blow, and Nicalis founder Tyrone Rodriguez shared a candid discussion of what life is like outside the AAA world.

Yet no golden age is without its black spots. And according to Hecker, one of those would be iOS. “I would not say that iOS is a healthy market,” contended Hecker, citing the oversaturation of subpar games as the root of the platform’s problems. And truth be told, you’d be hard-pressed to find a small iOS developer who disagrees with that point, given the potential for games to get buried, cloned, or ignored on the App Store. In Hecker’s eyes, this isn’t a problem plaguing every platform.

“You have control over the quality knob and in certain platforms like Steam [or PC], the sales follow,” he said. The rest of the panel was quick to agree, pointing out the well-advertised (and beloved) Steam sales as a core part of smaller games’ success on the platform. Refenes at one point claimed that “Steam seems to do just about everything right when it comes to distribution and making people aware of your game.”

From here, things launched into a discussion of the problems with trying to capture the current gaming zeitgeist, a concept that frequently translates to copying other developers. “If something seems like the theme… it’s pretty much not what you want to do,” said Blow. Indie as a concept is hard to pin down, but one could easily argue ignoring trends in gaming is one of the core tenets of it. As creators who often code their own work from scratch, it’s no surprise the lion’s share of them have a vested interest in doing something unique and personal. Otherwise, what’s the point?

And these unique games have a tendency to incite coverage from the press, a group Hecker noted as “starved” for interesting things to cover. To that same end, it can also inspire a conversation amongst players, a form of promotion many indie developers are very dependent on.

Blow shared an allegory on the very subject, informing the audience that he had no sort of marketing budget for Braid – he just emailed some press and found a lot of people interested in covering it. Getting the name out in this basic way led to tons of word-of-mouth promotion, and sales that were beyond impressive for an indie game at the time (or even now).

One of the last questions of the panel dealt with the free-to-play model, something none of them seemed to have a positive outlook on. Blow seemed to have the strongest opinion on the subject.

“I think there are good ways to do free-to games, but once you’re in that territory it becomes very hard to do a good game,” he said. Hecker was quick to add on to this sentiment, saying the model “warps game design.” Fan or not of free to play, there’s no denying the truth behind that statement. As soon as you alter the means with which you’re acquiring money from the player, you’re bound to produce something different from the more traditional games out there.

Looking back on the myriad of topics, there was a visible thread that weaved its way through all of them: If you’re going to make a game, work hard to make it good. If you release a quality game that answers a question no one has asked yet, the sales will ultimately follow. Everyone involved in today’s panel strikes me as the perfect example of that. They bucked the current trends of gaming, and set out to make exactly what they wanted to make.

One can only hope we see more and more developers follow in their footsteps.