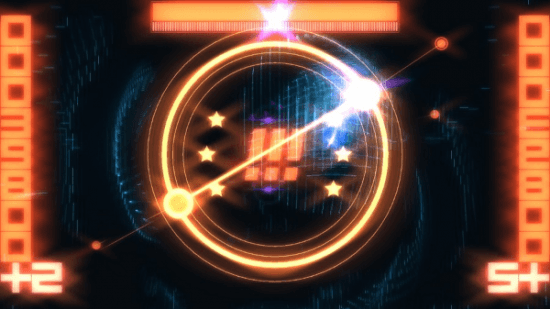 Last week, Nick Tylwalk admitted that a burning love for Disney lives inside of him, same as the restless spirit of a patriarchal lion supposedly lives in all of us. This week, contributor Nadia Oxford wonders about the potential behind Double Fine’s upcoming rhythm game, and her heart goes a-flutter at the story of a flying whale shark in love with a space-faring dog. Maybe her mother shoulda just named her Laika.

Confession: I’m cuckoo for rhythm games. I’m not just talking about rhythm games in the plastic instrument breed, either. I’m more about the weird, imaginative stuff like Elite Beat Agents, Rhythm Heaven, and Mad Acorn. Therefore, I’m watching Double Fine’s Dropchord quite carefully. We don’t know a whole lot about the nature of the game; only that its rhythm-based, it features soft, bizarre graphics, and Double Fine is not exactly the kind of company that knocks out Guitar Hero clones. Here I am, rubbing my hands together. 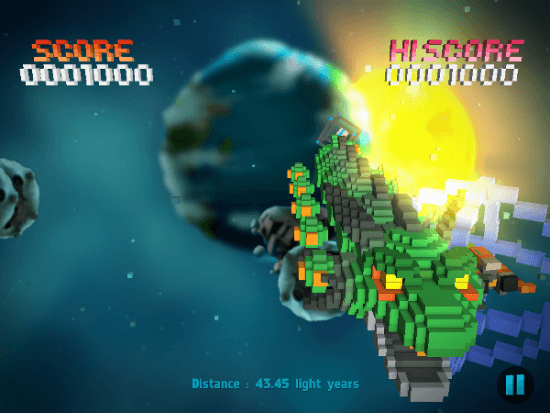 Blocks! Blocks everywhere! I cut my game-chewing teeth on the Colecovision before moving on to the Atari and NES, so I still carry big love for pixel-based graphics. Space Qube, an upcoming builder/shooter for iOS, utilizes blocky 3D models in lieu of 2D sprites (think Minecraft), but the 8-bit soundtrack that accompanies the games’ trailers indicates that its origins are pure. Space Qube lets you build your own space craft (the trailers show off some A+ examples, including an Angry Bird, an Octorok from the Zelda series, and a giant toilet), but even better, you can share your work with others via email or Facebook. So build that flying phallus if you must, but make sure you don’t accidentally send it to your grandmother. 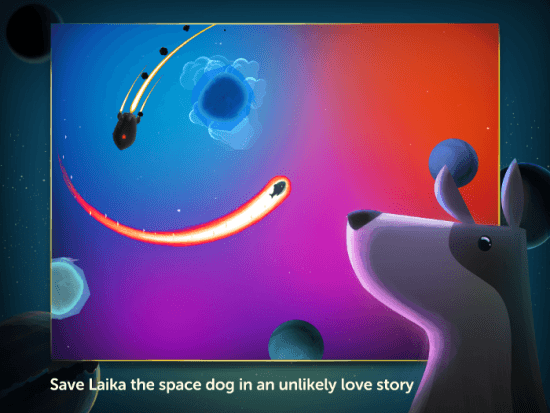 Love knows no bounds, not even the vast biological differences between a dog and a shark. Astro Shark is an upcoming physics game for mobile platforms that tells the story of a lovesick whale shark who rockets to the stars to find and rescue Laika, the canine passenger on Sputnik II. A game cannot coast on a weird premise alone, but Astro Shark looks like it has all its affairs in order thanks to its relaxing visuals and gentle musical score. Heck, just watching the trailer is fun. Let’s hope that’s indicative of good times ahead. 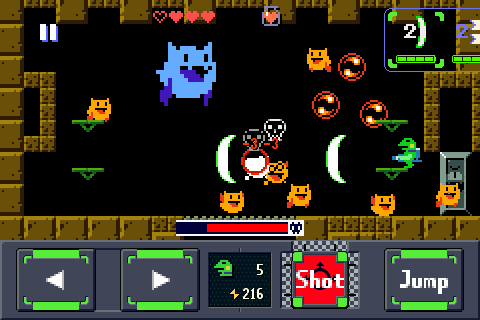 I’ve been playing action games like Super Mario, Mega Man, and Castlevania since before I was able to tie my own shoes (admittedly, I am a slow learner). So when I say that Daisuke “Pixel” Amaya’s Cave Story is one of the greatest action/platforming games ever made, I’m not blowing smoke. It therefore makes logical sense that the announcement of Pixel’s newest game, Gero Blaster, has me plastered to the ceiling in glee. Details are sparse at this point, but it looks like Gero Blaster features tons of running and gunning in the same vein as Cave Story. Gee, I wonder if Pixel will be able to pull this one off.

The Indie Royale Debut Bundle has that new car smell