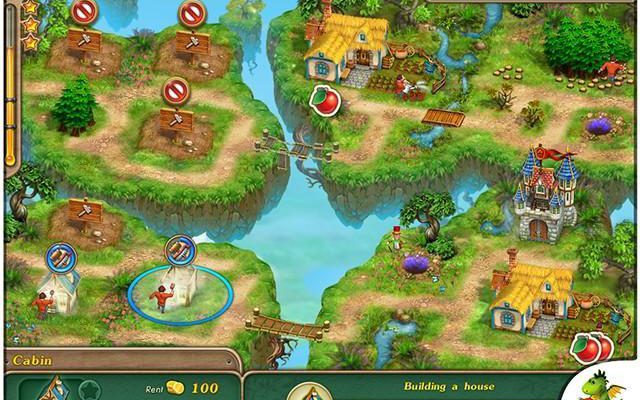 When I was growing up, I always tended to get a little sad by the time that August 1st rolled around. After all, that only meant I had one month left to stay in my pajamas until two in the afternoon every day, and play Mega Man until it got dark out without ever having to worry about things like homework or studying. But now, I don’t think the end of the summer is all that bad, and that’s because there were some seriously awesome video games that kept us having a ball well throughout the month of July.

So before we get too caught up in all of the back-to-school shopping, too preoccupied with soaking in the last few long-burning days of summer, and too concerned with bracing ourselves for all of the hot dogs we’re going to shovel down come Labor Day weekend, I’m here to tell you that there’s still plenty of summer left to enjoy some great games. And oh, what a coincidence! I just so happen to have a list of all the games released in July that we personally thought were nothing short of spectacular. Won’t you please be so kind as to have a look? 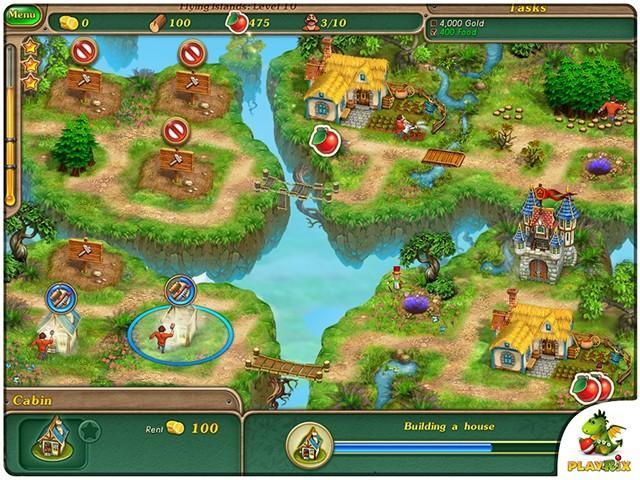 Who ever thought that helping a king win a royal election in order to save his own crown from a mysterious political contender would make such a great time management game? Okay, I guess if you’ve ever played a Royal Envoy game before, then you probably fully thought that such a game would be nothing short of pure greatness. And good news: you’re absolutely right! Royal Envoy: Campaign for the Crown takes everything that made the previous games in the series so great, and just gives us gamers more of what we love. With such gorgeous visuals and smooth animations, not to mention insanely fun and addictive gameplay, I may just try my hand at running for king one of these days. JASKO 2016! 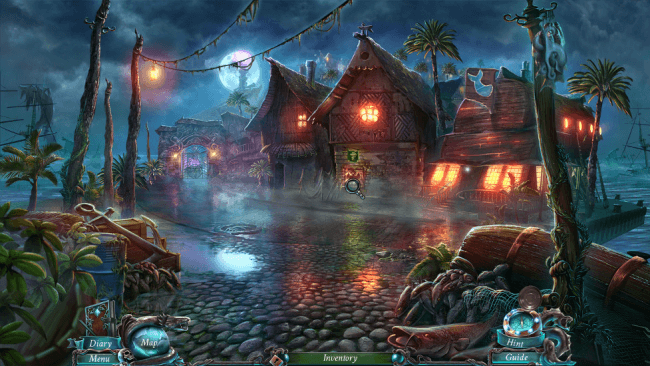 Nightmares from the Deep: The Siren’s Call (Runner Up)

The first Nightmares from the Deep game wound up making the rounds on similar “Best of” and “Games of the Month” lists such as this once upon a time, and so it comes as no surprise that its highly anticipated sequel The Siren’s Call brings us more of the same top-notch hidden object adventuring. Whether you’re a fan of seascapes or nautical settings, or just games with jaw-dropping graphics and huge interactivity in both puzzles and animations, there’s very little not to love about this whimsical adventure. I think our reviewer might have described the game best in saying that even the word “epic” feels a bit too drab to classify such a mesmerizing and absolutely spot-on take of a hidden object game in 2013. 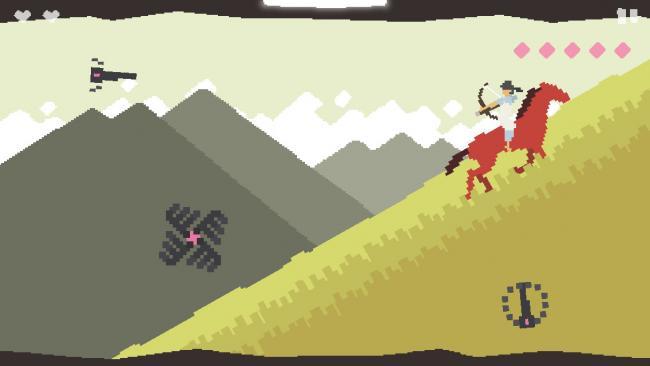 A Ride into the Mountains (Winner)

They just don’t make games like A Ride into the Mountains anymore – oh wait, yes they do, because this little gem of a mobile game was just released a few days ago, and quickly galloped to the top of our list for July. In some ways, the minimalist adventure of a young boy who must ride his horse across the land to rid his home from evil shadow monsters makes me think of what games like Shadow of the Colossus would have been like if they were released 20 years ago. But now I don’t have to wonder anymore, because this game is everything I could have ever hoped for in an experience like that: simple, atmospheric, and sporting wonderful gameplay and controls. 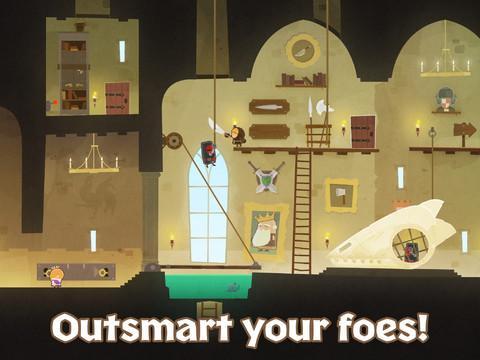 Rovio Stars has done it again! Or rather, 5 Ants has exploded onto the mobile scene to prove that they are easily a force to be reckoned with alongside some of today’s biggest and brightest developers. Rovio Stars simply wiped the tears from their eyes like the proud papas they are. And rightfully so, because Tiny Thief wound up being one of the most impressive surprises this month, with an extremely engrossing blend of stealth and point-and-click adventure gameplay, all the while coated in that impeccable glossy sheen of colossal casual games like Angry Birds and Bad Piggies. I’m still racking my brain trying to steal every last item throughout the game’s initial six episodes, which span every kind of theme from medieval to pirates! 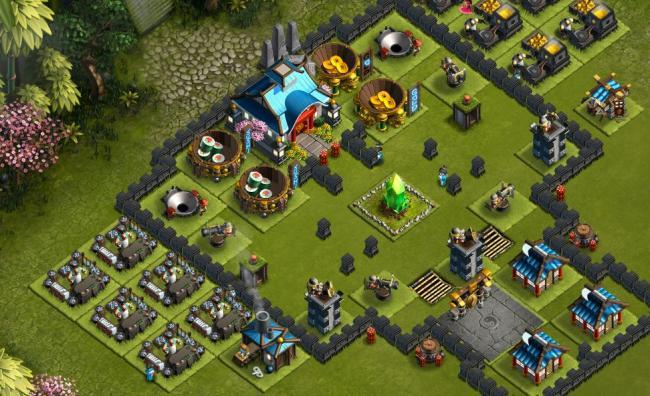 No it’s not Mojo Jojo, mastermind green monkey and Powerpuff Girls villain extraordinaire, but rather Dojo Mojo, Zynga’s new take on the winning combat-strategy formula that we’ve seen and played for hours on end in games like Clash of Clans. And while the latest in the genre doesn’t try to reinvent the wheel, it still shows us that there is plenty of room left for other contenders to set up their barracks and replenish their towns with cultivated resources on the Facebook platform today. Trading in the typical Barbarians, Goblins, and Giants fare for a more Eastern and decidedly Ninja setting, Dojo Mojo also lets players summon and control ogre-like monsters called Oni during battles for a more hands-on approach. Now just try saying the game’s name three times fast! 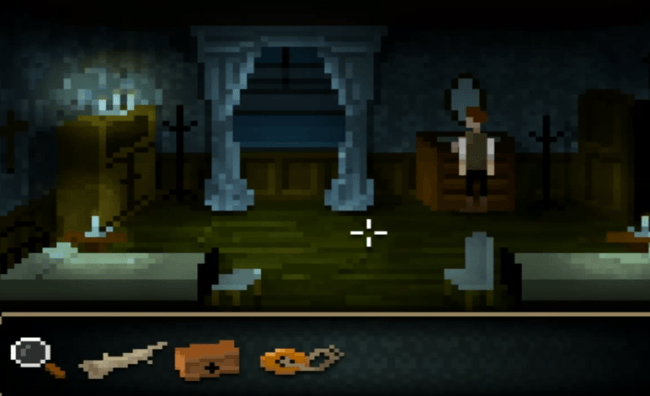 We’ve seen some pretty great attempts at the pixelated horror adventure before with games like Lone Survivor and Home, but there’s just something about the retro-inspired web-based series The Last Door that really creeps us out – in the best way possible, of course. The second chapter of a planned four is certainly no exception, and proves to be just as unnerving as the first, as players guide despaired protagonist Devitt through such spine-tingling locations as an old abandoned school house that now functions as a Catholic hospital. I’ve played one too many Silent Hill games to know that when a hospital setting is applied to a video game, you’re not going to want to play it on your own!