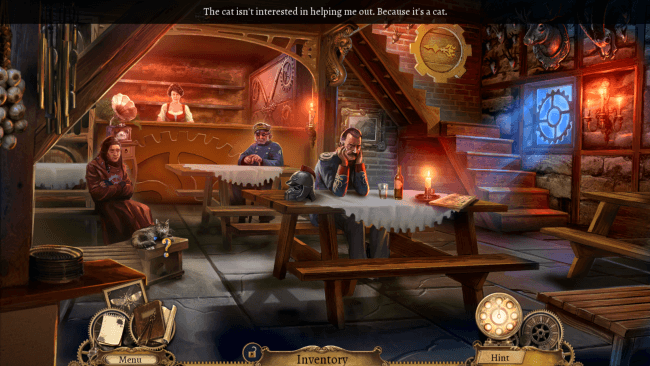 Every time I find out that it’s time to start getting the next Games of the Month article ready to go here at Gamezebo, I’m always hit with that same immediate thought: “August is over already?!” But by now, I’ve stopped following up on that question by asking myself where exactly all of the time went over the last month, because I know full well that I spent most of it playing some seriously awesome new video games!

So here we have a few of the biggest reasons why August went by in such a blur for us in the Gamezebo camp, and for countless other gamers out there I’m sure! From stunning hidden object adventures, to one of the most impressive sequels in the world of casual gaming, to a game that redefines the way we think about Facebook chat forever more, not only did these games take up most of our time over the last couple of weeks, but there’s also a very high probability that they’ll be eating up our daylight in the early days of September as well!

Artifex Mundi has been on a roll lately with all of the excellent five-star hidden object adventures, and their latest offering, this month’s Clockwork Tales: Of Glass and Ink, is certainly no exception. With a deep storyline that’s completely enduring, enthralling, and any number of other adjectives you can think of to define the word “charming,” Of Glass and Ink takes place in a magical steampunk world with environments that are just as beautiful and serene as the puzzles and mini-games are challenging and unique. In the game, you play as the cunning Evangeline Glass on a whimsical rescue mission to find the genius Dr. Ambrose Ink, and the action and pitch-perfect hidden object gameplay never let up for a second after your adventure begins, as the creative attention to even the tiniest of details quickly sets this one apart from most other recent releases in the genre today. 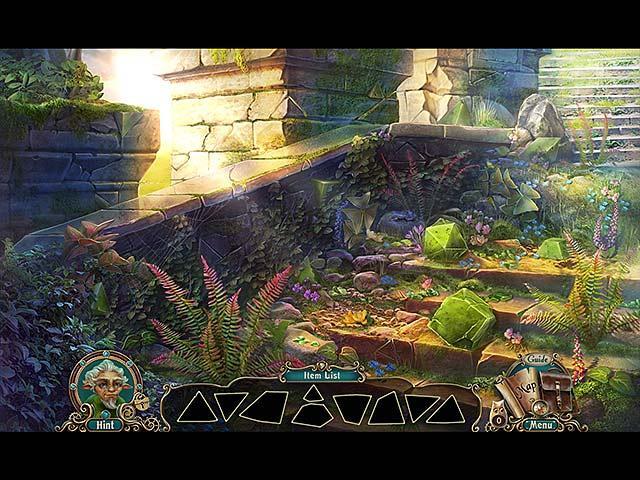 In Gamezebo’s five-star review of Nearwood, our reviewer describes MagicIndie’s latest hidden object creation as “your next adventure game addiction,” with the rich and highly detailed fantasy world of the titular Nearwood being a place that “you’ll never want to leave.” I think it’s pretty safe to say that both of these sentiments echo the Nearwood experience completely, as from the very first moment you step into the shoes of Jane Lockwood and travel to the magical fantasy world that you once thought had only existed in your own imagination, this hidden object game gets a real grip on you and never lets go. With beautiful environments, and the perfect balance between unique hidden object scenes and challenging puzzles, MagicIndie has found the perfect formula in Nearwood to make an excellently executed hidden object game. 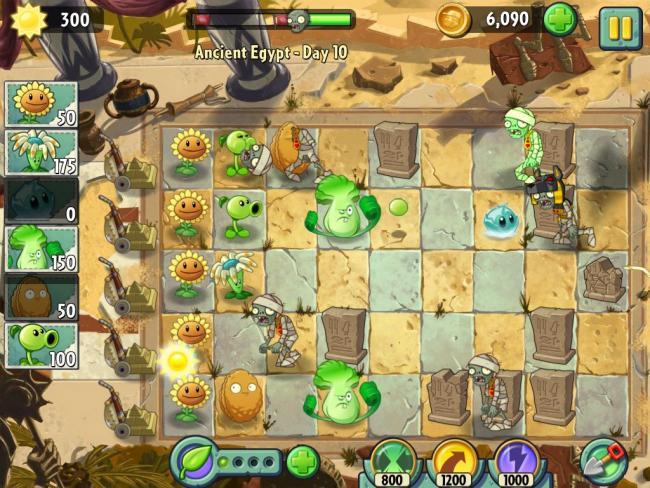 After years of notorious waiting, and a few unexpected last-minute delays, PopCap’s fabled sequel to its casual powerhouse Plants vs. Zombies was finally released this month, and the game turned out to be everything we could have ever imagined and more. Plants vs. Zombies 2: It’s About Time managed to take everything we loved about the first PvZ game and magnify it tenfold: with sharp, mesmerizing graphics, dozens of fun new plant and zombie types, and a few excellent gameplay tweaks that completely change the way we play the flower defense game entirely, like the Plant Food power-ups and Mine Cart mechanics in the Wild West world. And this is without even mentioning the super fun theme of time, the promise of new levels in future updates, and a free-to-play model that other mobile developers should take notes on. 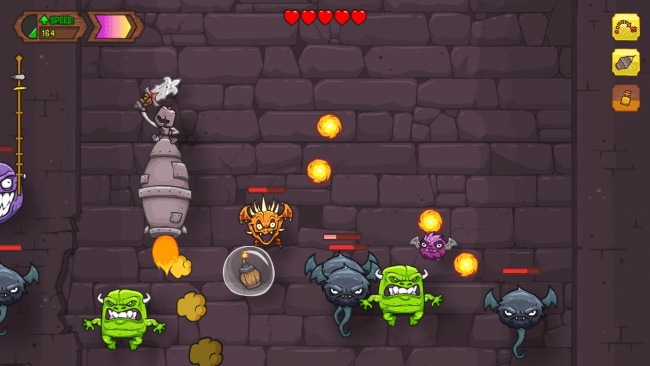 We can always tell when a mobile game is truly something special by the way it severely lowers our overall productivity on any given work day, and Knightmare Tower is such an addictive good time that it manages to meet this main requirement in spades (much to the chagrin of my ever-nagging to-do list that’s getting longer by the minute!). In the game, players are tasked with reaching the top of a magnificent medieval tower by hopping on the heads of colorful enemies that are falling down the hollow spire alongside them. The cartoony graphics are so quirky and crisp that they look like something straight out of The Behemoth’s Castle Crashers, and while the game might seem to be of the endless variety at first glance, we can happily tell you that Knightmare Tower has a lot more depth than initially meets the eye: such as a harrowing boss fight and the potential to actually reach the top of the tower! 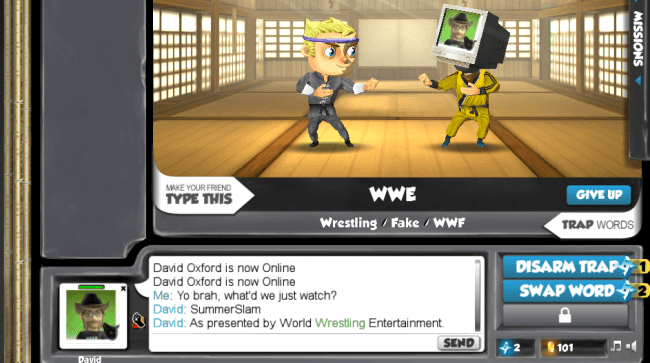 If we were able to give a prize to the most uniquely awesome video game idea that we’ve seen in quite some time, then there’s no doubt in my mind that Chat Fu would take home the gold. The idea of the game is so simple that you’ll honestly wonder how no one ever thought of it before: players must engage in real chats with their actual Facebook friends, while trying to steer the conversations to get their friends to type a specific target word. The twist is that you’re not allowed to use a number of trigger words yourself in trying to coax your friend into saying that magic word, which becomes all the more difficult since your friend won’t even know that he’s playing a game with you! That’s right, while you’re watching colorful animations of your ninja avatar laying the smackdown with your words, everything will just appear like a regular ol’ Facebook chat to your unsuspecting foes! 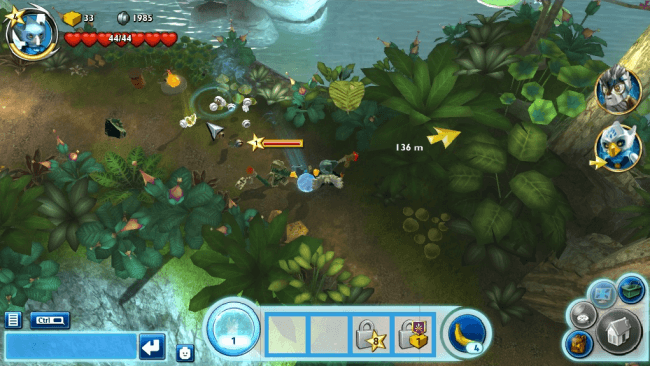 Fans of the late, great LEGO Universe will be happy to know that Traveller’s Tales’ latest take on a LEGO MMO proved to be another fun and valiant effort this month as we got a bit tribal with Legends of Chima Online. The game encompasses the perfect mix of every element you’d expect from both a LEGO game and a massively multiplayer online experience: tons of character customization options, rich LEGO environments to scour and hundreds of LEGO brick collectables to find, and of course, quests, quests, and more quests! But I think the best thing that we’ve found about Legends of Chima Online so far is that the game is just so accessible to everyone that wants to jump in on the adventure, whether young or old, and its setting in the new original Legends of Chima storyline is the perfect companion to its sprawling MMO structure.