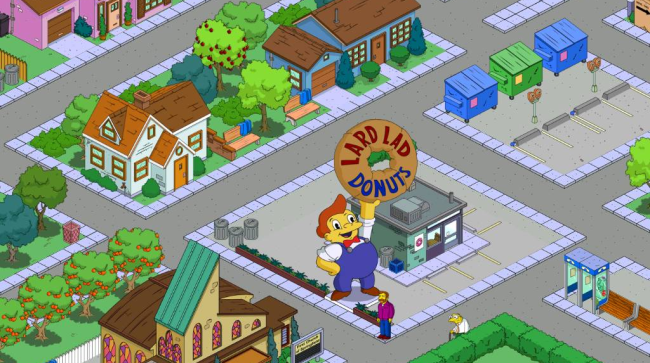 There’s no denying how popular EA’s The Simpsons: Tapped Out has become on the App Store these days, and for very good reason: the game is just an absolute blast, and a pure delight for Simpsons fans everywhere. After all, what’s not to love about a game that lets you recreate your very own version of Springfield, complete with all of the wacky friends and neighbors from the TV show that you’ve gotten to know oh so well?

So we thought it’d be a good idea to make a list of some of our favorite games that have also “tapped” into that winning city-building formula of the Simpsons’ hit mobile game. The next time you want to take a break from managing Springfield, why not head over to the world of My Little Pony, or spend some time in the forest with the Smurfs? And if you’re especially good at holding your breath, why not work towards building up your very own Bikini Bottom!

Now as is often the case with these kinds of lists, there are certainly lots of other great games out there that play a bit like The Simpsons: Tapped Out. So if there are any particularly fun ones that we may have missed, we hope you’ll let us off the hook with an apologetic “D’oh!” after you let us know about them in the replies! 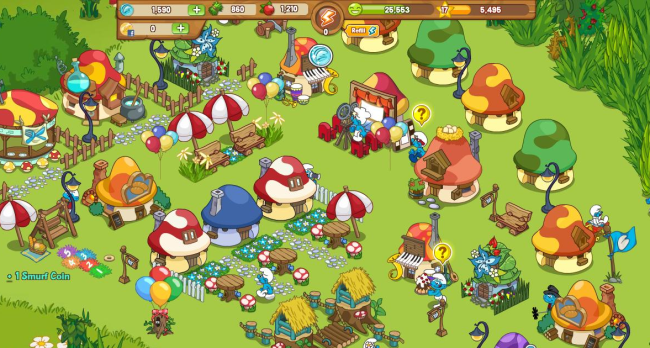 Ah, Smurfs’ Village, or as I like to call it: “The original G” of cartoony city-building games on the App Store, so to speak. In this huge hit with younger gamers, players can create their very own colorful village full of those little blue guys and gals called the Smurfs, so long as they have enough Smurfberries to keep it all running like clockwork! 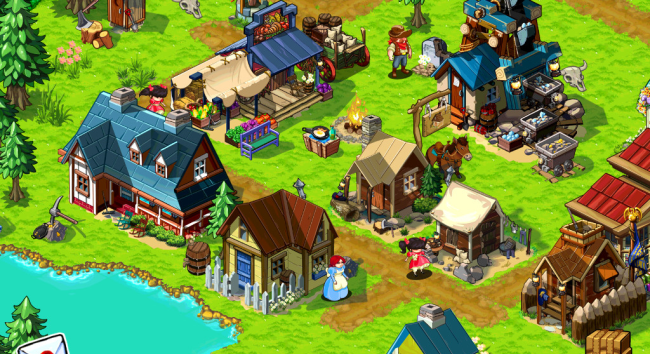 “You have died of dysentery.” Who could have guessed that such an unsettling statement would take the gaming world by storm when the original Oregon Trail came to town in the 80s and 90s? Well with the latest installment in the iconic series, American Settler tries its hand at the city-building formula, in letting players build their own camp, tend to their animals and crops, and of course, try their hardest not to die from diarrhea-related illnesses. 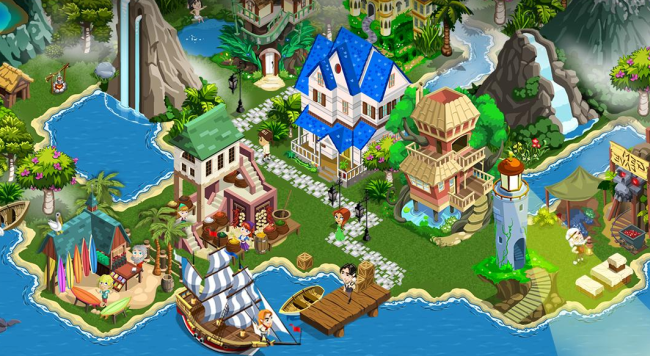 There’s nothing like a nice island getaway to recharge your batteries, am I right? Well at the start of Tap Paradise Cove, your island getaway looks more like a rough patch of land that’s covered in weeds, and also just so happens to be surrounded by water. But luckily it won’t be long before you’ll clear out that space and fill it with houses and hammocks, and interact with new inhabitants in a place that’s truly befitting of the word “paradise.” 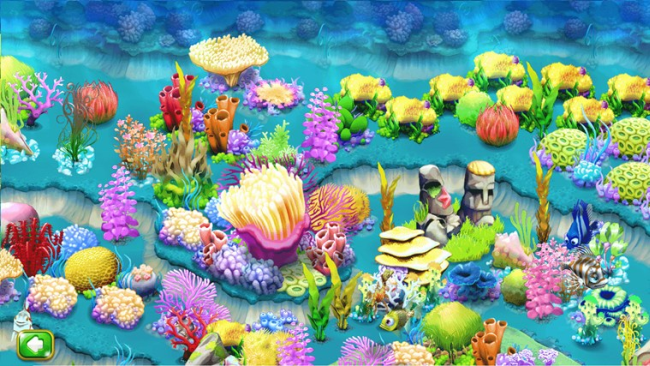 Tired of building all those old and boring buildings? Why not try creating a community out of coral and seaweed instead! So goes the concept of Nemo’s Reef, a colorful and underwater city-building game inspired by the popular Pixar film. Just make sure you give Nemo a map of the coral town square so the little guy doesn’t get lost again! 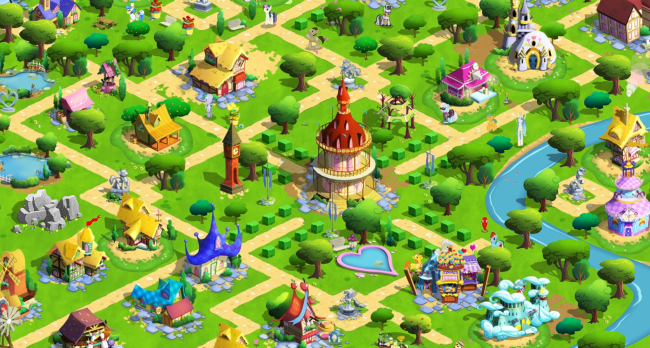 My Little Pony: Friendship is Magical

There are very few things in the entertainment world today that scream the phrase “cult phenomenon” more than the My Little Pony cartoon series. And so wouldn’t you know it that a bright and sparkly city-building game that has you setting up shelter for Twilight Sparkle and Pinkie Pie would be every bit a glittery good time? 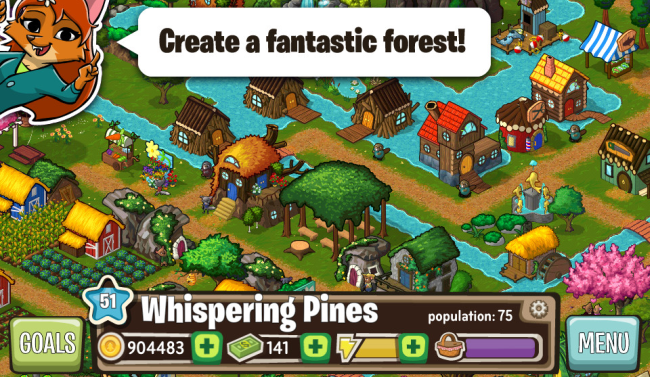 Who ever said that forests couldn’t have bustling towns too? Well this is precisely the concept of Zynga’s ForestVille, which takes an adorable woodland theme and has you creating quaint little cottages out of trees and leaves to keep a community of furry friends both fed and prosperous. How come I’ve never seen one of these intricate squirrel societies in the forest myself? 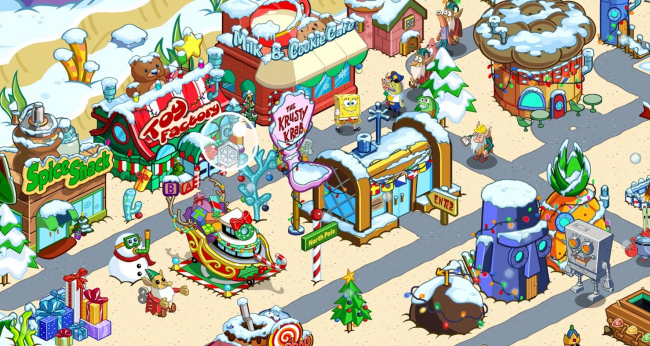 I don’t even need to ask you who lives in a pineapple under the sea because we all know the answer to that one: SpongeBob Squarepants! In the colorful city-builder SpongeBob Moves In, players will have the chance to recreate their very own Bikini Bottom, and you can even line every street up and down with live-in pineapples if you’d like! 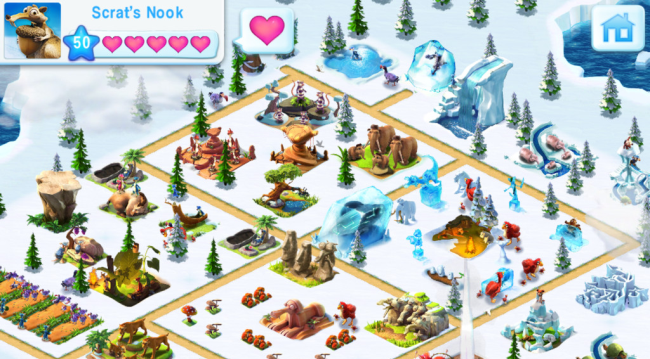 If there’s one thing you should learn from reading through this list right now, it’s that animated movies and TV shows make the perfect foundation for a sprightly city-building game! Ice Age Village has a neat prehistoric and snow theme that will make any fan of the series positively shiver with delight and stack up their acorns for those cold winter months. 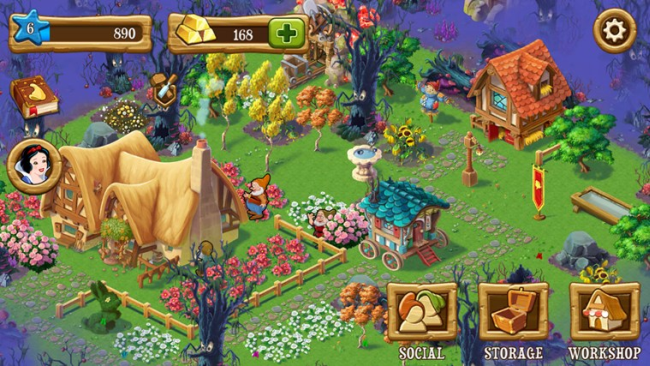 The evil queen just couldn’t stop after that poison apple, and now she’s cast another curse that’s separated Snow White and all of the seven dwarves! Luckily, you’ll be able to work towards reuniting everyone at long last, as you begin to lay the foundations for creating a rich and vibrant fantasy town that’s set in the middle of the Enchanted Forest. 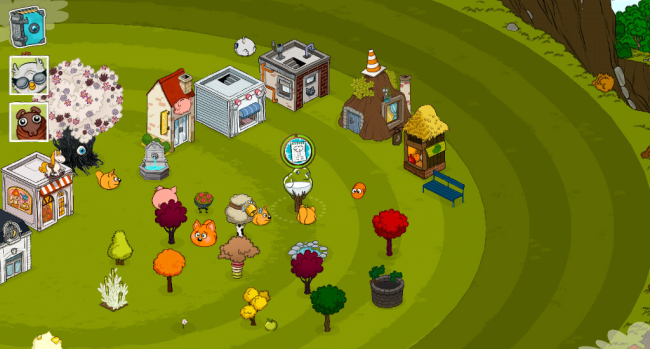 Sometimes it’s good to be a little greedy, especially when it comes to hogging the family tablet so you can play more Greedy Grub! In this game, players will build a fantastic woodland community that’s home to both insects and animals alike, and they’ll also have the help of the titular orange grub who scurries about the buildings and offers a fresh new mechanic to the city-building gameplay at large.