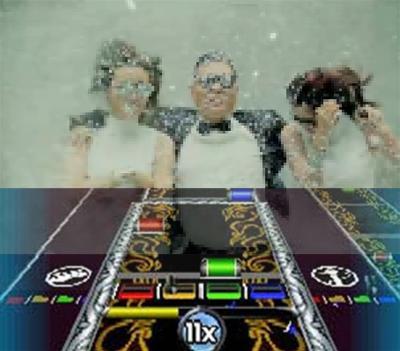 I know that many developers these days are focused on “creativity,” “ingenuity,” and other -ity words that don’t necessarily involve making boatloads of cash.  But that doesn’t mean there aren’t other game creators out there, waiting for the next big thing that will allow them to retire to their floating fortress made of dodo eggs.  So, potential gold-smoothie-drinking-quadrillionaire, why don’t these games exist yet?  A few might actually even be…fun.

Despite the fact that Korean pop star Psy’s “GangnamStyle” has been featured and parodied in almost every realm imaginable, we have yet to receive a video game that cashes in on its exuberant charm.

Obvious choice: A rhythm dance game in which Psy does all of his signature “Gangnam” moves to the tunes of various K-Pop songs.  Frantic tapping won’t be enough to succeed here; multiplayer rhythm battles award victory to the player with the most flair.

Even better: Thanks to the final splash screen of the music video, as well as this brilliant re-imaging of it in retro 8-bit fashion, Gangnam Style is already vetted as a potential 8- or 16-bit hit.  An SNES-style RPG would send Psy on an adventure around Korea, collecting partners for his upcoming epic dance battle.  Bonus characters include a street-smart horse, and one special ability involves shouting at a woman’s butt for increased attack power. 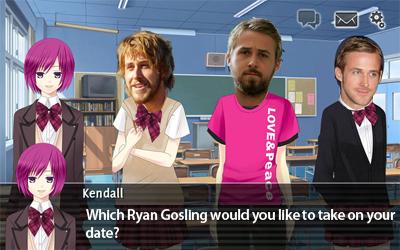 In recent years, we’ve learned Ryan Gosling appreciates Disneyland, libraries, typography, and most of all—women.  With the percentage of female gamers constantly on the rise, a little Ryan Gosling game could go a long way.

Obvious choice:  A dating sim in which every potential boyfriend is one of Ryan Gosling’s “Hey Girl” personalities.  The “dud” would be a Ryan Gosling dakimakura (Japanese body pillow)—but even that wouldn’t be very disappointing.

Even better: A choose-your-own adventure visual novel.  Ryan is the new guy in town, and feeling lost…until he meets the enthrallingly beautiful PLAYER_NAME.  Take Ryan to the park, museum, night club, or malt shop.  What happens next is up to you.  Rated M for scandalous two-straw malt drinking. 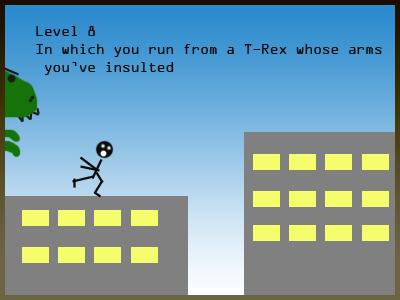 If you’re like me, over 25 and out of touch with today’s youth, this WaPo post will explain YOLO to you.  An acronym for “You only live once,” this more-reckless-than-noble carpe diem of the current generation has been showing up everywhere lately—except in a video game.  (Excluding the YOLO clan tags I keep seeing in Call of Duty multiplayer.)

Obvious choice:  A stage-based endless runner in which each level begins with your character acting on a gutsy but poorly planned decision, like insulting a group of wrench-wielding thugs or dine-and-dashing at an Italian restaurant owned by “Machine Gun Scarface Siegel,” and then running from their YOLO-caused consequences.

Even better:  Thanks to inspiration from the ingenious indie title One Single Life, YOLO: The Game would play out as listed above, but you would only have one life—and no continues, or restarts—to try again.  Because of the rash nature of many YOLO-bred decisions, losing the game would also delete all files and data from your iDevice. 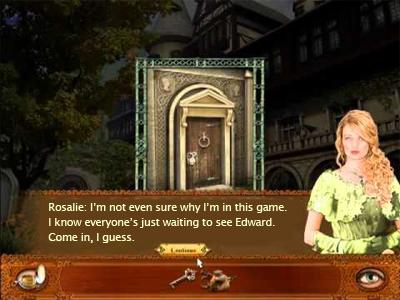 How this doesn’t exist yet—except for whatever this is—is beyond me.  The multimedia path is clear: book, movie, book rereleased with movie cover, video game, movie based on video game, and finally video game remake based on the movie version of the video game.  We need to get cracking if we’re ever going to get Twilight past step three.

Obvious choice:  Considering the generally dark and vampiric themes hidden objects games tend towards these days, Twilight and its potential 4+ titles seem perfect for the genre.  An Angelica Weaver-style visual approach would keep Twilight fans connected to the “real” characters while differentiating it from a direct movie spin-off.  Plus, the classic “found an object” sparkle?  C’mon, this is too easy.

Even better:  Forget the hidden objects.  This is now a remake of Hey Girl, Ryan Gosling Loves You, but starring Robert Pattinson.  Instant hit. 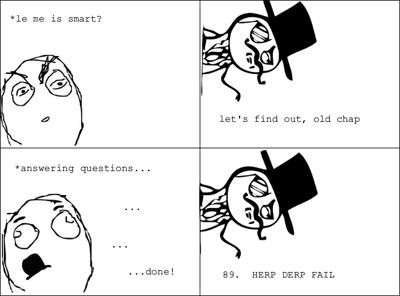 Rage Comics may be the strangest meme explosion of the year, but it has no shortage of representation in the App Store.  There are Rage Comics generators, readers, theme packs, and yes—there is a Rage Wars arcade shooter.  But as amazingly Rage-y as the intro to this game is, it’s primarily made up of a bunch of Rage faces running at you and being shot by your own variety of Rage-ness, with little else of the “comics” present.

Obvious choice:  A collection of nearly impossible mini-games whose rules constantly change, like a diabolical WarioWare.  Every Rage comic is a self-contained plethora of internet memes, inside jokes, and randomness, and the game should be no different.

Even better:  A brain-teaser/IQ game à la The Moron Test or What’s My IQ.  Unlike these games, which are generally not entertaining or incentivized, Y U NO… would encourage players along with its Rage-y requests, “Y U NO turn on light?,”  “*le me has 10 apples and loses two, WTF where it go,” and results: “a wild 89 appears FFFFUUUUUUU.” 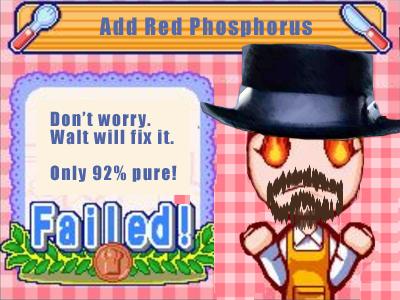 This game was top of my list, until I discovered this little gem and its status as nonexistent had to be revoked.  That said, the very short Flash game is merely a taste of what a full-version title, licensed under the real Cooking Mama brand, could be.  Cooking Mama: Breaking Bad Edition would teach players how to cook, how to cook, and even throw in a few lessons on magnets.