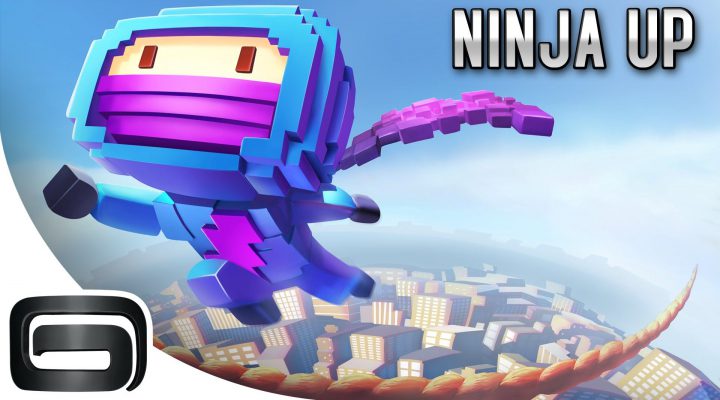 The headline you see above is literally is the subject of an email Gameloft just sent to us.  Given that every game released today is free-to-play with in-app purchases, this actually caught my attention.  Sad but true.

Ninja UP! is the first Gameloft game to be released completely free, with no IAP, and an ad supported model.  It’s playable today for iOS devices and will soon be released for Android.

There is nothing innovative about this game as far as I can see.  Small indie developers have proven that the free, no-IAP, ad-model works well for simple quickplay games like Flappy Bird and Timberman.  From the game play side, it looks like Doodle Jump or NinJump, fun games that are not too innovative themselves.  And 8-bit inspired graphics are all the rage now.

But it is significant that Gameloft, a huge global mobile game company and not an indie, is releasing a game with this free, no-IAP model.

Is Ninja UP! the death knell for free-to-play, IAP games?  Of course not.  But, if you are part of the vocal minority who thinks IAP is the scourge of the games industry, you should download this game now and tell all your friends about it.

If Ninja UP! makes enough ad dollars for Gameloft,  it will get noticed by other big game studios.  This could be the start of the next big trend in mobile games.