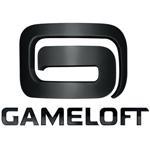 As anyone who’s ever looked at the App Store’s top grossing list will tell you, freemium gaming is here to stay. Gameloft is a little late to the freemium party, but they’ve just announced that they’re stepping into the fray and trying something new… or are they really trying something quite old?

Their upcoming Zelda-esque adventure Sacred Odyssey: Rise of Ayden will be launching tomorrow, and its price point will offer a unique twist on the freemium business model. Players will be able to download the game for free, sample a portion of the experience, and -if they want to continue – unlock the rest of the game through in-app purchase. Gameloft has essentially invented the decades old concept of a demo.

That might sound a little snarky, but we actually mean it as a compliment. For far too long the App Store has been plagued needlessly with lite versions of games. Offering a single app that works as both a trial version and the full product eliminates the need for the “lite” version, thereby reducing potential future clutter from the App Store.

What’s more, as a consumer I think I’m far more likely to try a game with a built-in demo version than to shell out $6.99 in the hopes of a good product. It should be interesting to see how well Sacred Odyssey performs compared to previous Gameloft launches.

There’s no word on whether or not all future Gameloft games will see a similar pricing structure, but if this does as well as I’m suspecting for sales, I’d be surprised if the whole iOS industry didn’t adopt this model.

Want to check out Sacred Odyssey for yourself? Be sure to grab the free download when it hits the App Store tomorrow.