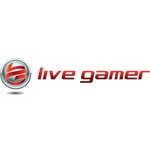 GameHouse and THQ have both chosen micro-transaction and e-commerce experts Live Gamer to power the virtual economies of their upcoming social gaming platforms.

Live Gamer will provide centralized virtual economy functions to GameHouse Fusion, a social gaming platform designed to integrate social, online, download, and mobile gameplay among hundreds of millions of players. GameHouse Fusion launched in May along with GameHouse on Facebook, the first application to be built on the Fusion platform.

As well, Live Gamer will power the e-commerce solutions for THQ’s online PC and mobile games in North America. Company of Heroes Online, launching later this year in the United States and Canada, will be the first THQ title to integrate Live Gamer’s Elements platform for monetizing its virtual economy. Other scheduled projects include multiple social game titles for Facebook.

Live Gamer, founded in 2007, has technology and experience that dates back to 2001 where its subsidiary, Live Gamer Asia (formerly N-Cash) powered the first micro-transaction-based online game in Korea where the business model first originated. Since that time the item-based model has become the predominate revenue driver for online games worldwide.

Cake Mania and Mystery Case Files for free, 50% off Jolly Rover, and more

Is Disney buying Playdom for $600 million?