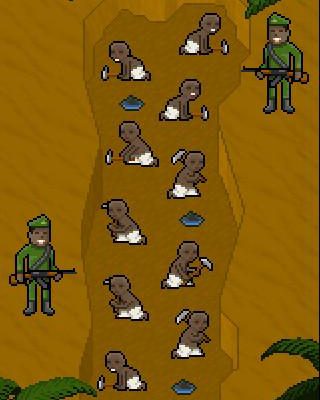 MolleIndustria are no strangers to controversy. The developer, who many indie game fans know from their sublime web game Every day the Same Dream, once courted a fair bit of notoriety for a controversial game about McDonald’s less-than-stellar business practices. Now it looks like they’re back in the hot seat over a new game called Phone Story, a title the developers call “an educational game about the social costs of electronic gadgets.”

Like their McDonald’s title, Phone Story is the company’s attempt to make a socially relevant game that depicts some of the horrors that occur behind the scenes of the products we know and love. In Phone Story this is done through a collection of mini-games that take players through the many links in the chain that bring a smartphone from conception to your pocket. Or, as they like to sum it up, “four educational games that make the player symbolically complicit in coltan extraction in Congo, outsourced labor in China, e-waste in Pakistan and gadget consumerism in the West.”

Much to our surprise, Apple didn’t seem too keen on allowing a game that depicts their production saga so viciously to remain on the App Store. After only a few hours of the game’s announcement, it was pulled by Apple citing violations of their guidelines. Specifically, they claim it violates the clauses that state “apps that depict violence or abuse of children will be rejected,” as well as “apps that present excessively objectionable or crude content will be rejected.” The first I can see this qualifying under. The second… well, I suppose that’s a rule that’s intentionally left open to interpretation. 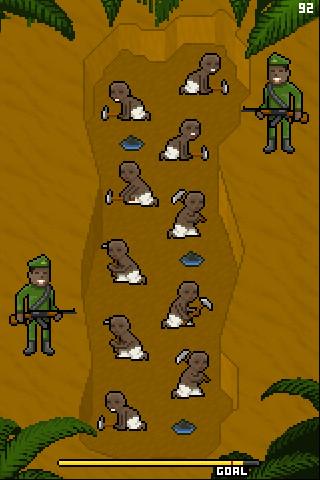 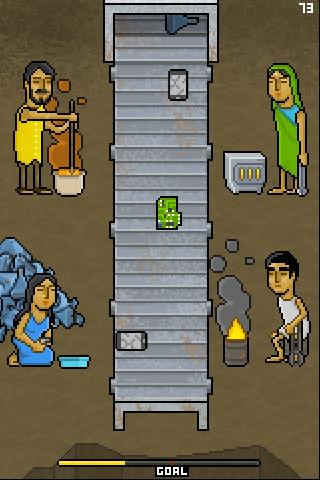 And in case you think they’re just going for shock value, MolleIndustria have gone out of their way to provide extensive information on their website for anyone who’d like to learn about the individual issues their game addresses. They’ve also pledged to send all of the game’s revenues to workers organizations and other non-profits trying to end the sort of nightmares depicted in the game.

Oh – and even though they don’t directly accept donations for these organizations through the app, Apple is claiming it violates rules regarding charitable donations on the App Store too.

I can understand why someone at Apple might want to keep this from being on their marketplace, but considering the PR fallout attached with banning it, it seems as though the smart choice would be to say “Hey, we’re cool. We’re not going to kill your app just because it’s critical of our business practices. Free speech RULES!!”

So what can you do if you actually want to play Phone Story and see what all the hubbub’s about? iPhone owners are still out of luck, but if you happen to own an Android, the game is still available on the Android Market. MolleIndustria have suggested that they may try to release a tweaked version to the App Store in the future that doesn’t violate the rules Apple claims they’re violating. Alternatively, they’re also considering releasing it for free to jailbroken iPhone owners.

Hotel City, My Empire, four other Playfish games closing down