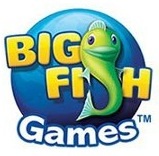 You can already subscribe to magazines and newspapers on your iPad, and now you can do the same for games. Big Fish Games has announced that its new iOS app will allow users to pay a monthly subscription fee, which provides unlimited access to games.

The subscription will cost $4.99 per month, and will give users complete access to a large library of Big Fish iOS games. This is the first time that a subscription-based games service has been available in the App Store.

“This is the first time that the technology has matched the business model,” Big Fish founder Paul Thelen told Bloomberg.

However, there is a hitch. At least initially, the games will be streamed to your device much like watching videos on Netflix. This means that you’ll need a wifi connection to utilize the app.

In typical Big Fish fashion, there will also be a free version of the app, however this limits your playtime to 30 minutes per day and includes in-game advertising. While the subscription will initially cost $4.99 per month, that number is expected to increase to $6.99 next year when additional titles are added to the library.

An Android version of the app is expected early next year.

Pay what you want for the Humble Introversion Bundle