Game ratings come to the iPhone 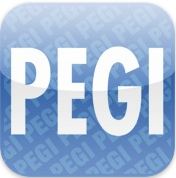 UK parents looking to know what games are appropriate for their kids have a new app that can help them better understand the myriad of options out there. PEGI, the Pan European Game Information system, has just released an app that will let parents search for games by age rating and console, helping them make better informed decisions about their children’s gaming purchases.

“We fully support the PEGI classification system for the videogames industry and are delighted that this app has launched in the UK,” says Michael Rawlinson, director-general of the Entertainment and Leisure Software Publishers Association.”We encourage every parent with an iPod, iPhone or an iPad todownloadthis free app as soon as possible and ensure that their children are gaming safely.”

North American parents looking for a similar solution will be pleased to know that a similar app was released earlier this year by the ESRB, the Entertainment Software Rating Board. Both the PEGI and ESRB app are free to download.

Ironically, the iPhone is one of the few gaming devices that does not have its content rated by either PEGI or the ESRB. While Apple uses an in-house rating system, some have criticized that it doesn’t go far enough.

Regardless, it’s nice to see that software ratings boards are going the extra mile to give parents even more options to access their information. Parents can download the PEGI app here and the ESRB app here.

Gunfighters, Windows Washer and more! Free iPhone Games for May 19, 2010