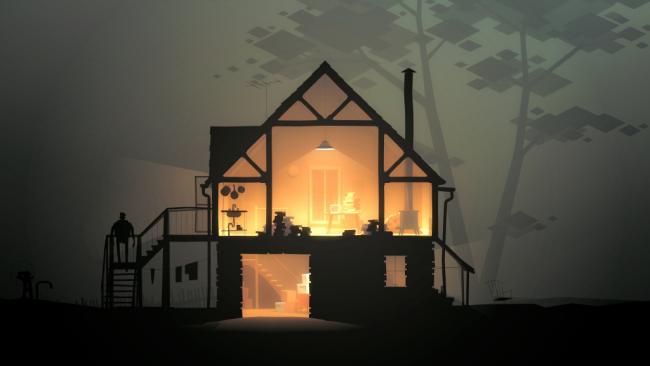 Have you ever wondered what it would be like to play a game inside a dream? That’s exactly what Kentucky Route Zero feels like. Everything is normal, except it’s not. Everything makes sense, except it doesn’t. Context ceases to apply. Every bit of strangeness is met with a mix of hesitation and acceptance.

You’re in an office building that seems to be both inside and outside simultaneously. The third floor is populated solely by bears. Yet all the while, business as usual is being conducted. People are at their desks. Proposals are being looked over. There’s a receptionist who insists you jump through the necessary red tape before seeing someone. Moments like this are what Kentucky Route Zero is made of: that strange sense that lives inside of dreams, where no matter how fantastic the elements at play may seem in retrospect, they’re merely unsettling at the time – like puzzle pieces that don’t quite fit.

It helps that you’re not the only one that feels this way. Conway and Shannon, the game’s protagonists, seem to share this mixed sense of unease and acceptance. And as unsettling as it all is, it’s also quite beautiful. Kentucky Route Zero is a game that captures a familiar feeling that I’ve never seen another medium successfully recreate. I suppose the closest comparison might be a David Lynch film, but even those fall short by comparison.

Structurally the game is played out like an interactive novel, though players will control the action directly in point-and-click adventure style. In a lot of ways, it almost feels like the developers at Cardboard Computers set out to reinvent the wheel. When graphic adventures first hit the scene in the 1980’s, they were meant to be the next evolution in interactive storytelling – the “what comes next” after text adventures like Zork. Kentucky Route Zero plays out like a piece of divergent evolution from that point – one that embraced the written word over puzzles and item collection.

More importantly, though, Kentucky Route Zero manages to blur the line between games and art better than any title that’s come before it, proving that the interactive digital medium can be an incredibly effective venue for storytelling using art, sound and exploration as tools to support the narrative. 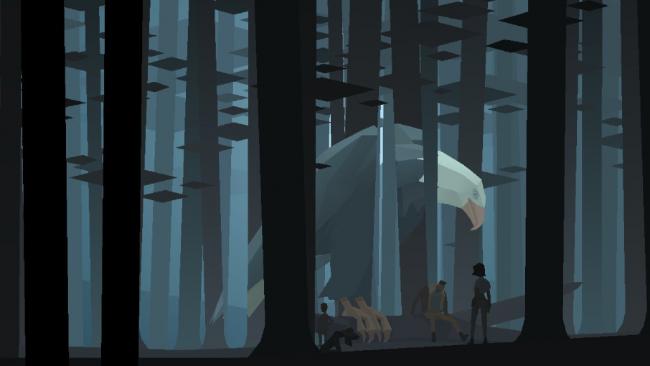 When Dant Rambo reviewed the first act of Kentucky Route Zero back in January, he said that “we may well have an early contender for 2013’s game of the year on our hands.” As it turns out, he was right. Act II was just as engrossing as the first, and with three more acts to go, the story of Kentucky Route Zero is far from over.

Could acts three, four and five make Kentucky Route Zero a game of the year contender again in 2014? We have twelve long months to wait and see, but considering how highly the first two have scored with us here at Gamezebo, I wouldn’t dare rule such a possibility out.

RE: Alistair++ gets a sequel with Backstage Pass