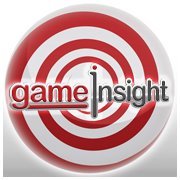 It’s always nice to report on success stories. That’s why we’re very happy to hear that Game Insight shot past the $50 million mark in 2011. The primary drivers of the company’s success come from social hits such as Paradise Island and My Country. Game insight has stated that Paradise Island is pulling in over $1 million a month, and My Country generated $150,000 a week while it sat atop the iPad charts.

As if all that weren’t enough, Game Insight also sports three of the Top 30 grossing Android apps, not to mention the iPad’s Mystery Manor: Hidden Adventures and 4.6 million active monthly Facebook users. The company isn’t thinking small either, as they’re hoping to see revenues grow to over $150 million in 2012.

So what’s the plan with all this money? Instead of turning it into gold coins and swimming in it a la Scrooge McDuck, Game Insight has set their sights on the Bay Area, opening a new San Francisco office in the hopes of making more headway with US publishing. Granted, you can’t throw a rock in San Francisco without hitting at least three hot shot mobile publishers, but not many of them possess the number of hits and solid financial backing Game Insight’s got. This is a publisher that isn’t afraid to tackle practically any market, so we’re excited to see what the future has in store for this fast-growing group of folks.