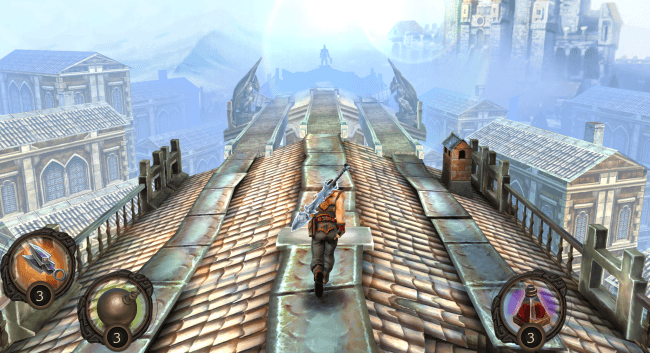 Game Insight is getting ready to take the endless runner genre to the next shadowy level with The Running Shadow: a game about quick and fluid running, and gorgeously spooky Gothic environments. Hey, the “Shadow” in the game’s title isn’t for nothing, after all!

What’s unique about this one is that The Running Shadow is said to combine the now-traditional fast-paced action of an endless runner game with the deep and engrossing upgrade system of a classic RPG; not to mention an invigorating 3D combat system! In the game, players will get to explore the dark fantasy world of Adrion, as they interact with more than 20 different characters, and help to rid the realm from all kinds of cruelty and injustice. 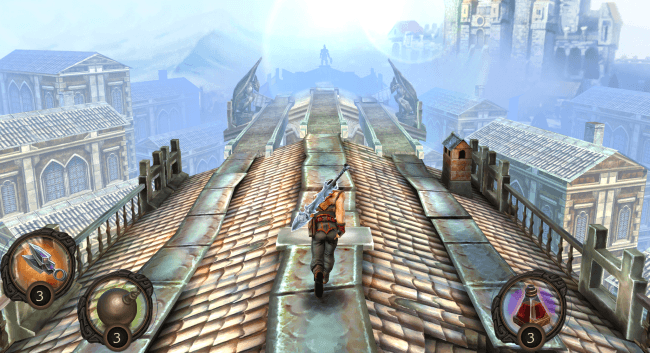 Featuring a deep and expansive storyline (especially for an endless runner game!), players will take control of various members of the “Brotherhood of Shadows,” a secret organization that has its own incentives for taking to the rooftops and shallow pits of Adrion: namely, for looting valuable treasure!

The Running Shadow will be debuting first exclusively on Android in the near future, with other mobile platform support to follow shortly after, which I think is pretty safe to assume will include iPhone and iPad.