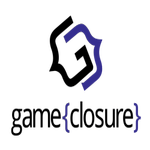 If you owned a small company and Zynga asked you to sell yourself for a dump truck full of money, what would you do? While most of us would probably jump into that pile of money Scrooge McDuck-style, Game Closure, which assembled a coveted HTML 5-based multiplayer software development kit, has politely declined and will continue to do things its own way.

Facebook was the major launching point for social gaming, but its time as an exclusive platform is quickly coming to an end. Browser-based gaming is expanding rapidly, and social game developers are beginning to realize that cross-platform releases are the ideal way to maximize revenue. However, building, debugging, testing, and synchronizing a game so that it runs smoothly on every platform across a fragmented market is easier said than done. But Game Closure’s software development kit (SDK) makes it easy for developers to create and distribute multiplayer HTML 5-based games across Facebook, Android, and iOS.

Game Closure’s SDK isn’t simply capable of helping multiplayer games run smoothly–it can cut down game development time, too. Last summer, the company built and launched Popstar Defense (which was written entirely in HTML 5) within five weeks. Investors have since taken notice of Game Closure–and they’re not the only ones.

Social gaming’s top dog, Zynga, has extended acquisition interest, in addition to (according to Game Closure itself) Facebook, GREE, Motorola, and others. The biggest players in casual gaming have a lot of money and muscle, but lack what Game Closure has: decent HTML 5 strategies to aid in their multi-platform game turnaround. Game Closure’s response to all of them? “Thanks, but no thanks.” Instead, the small company has secured $12 million from investors, and will continue to do its own thing.

So what does the future hold for Game Closure? As far as its game development goes, analytics, multi-language translations, and monetization structures. It’s a big, wide, digital world out there.

Terraria’s fantastic ongoing support is coming to an end