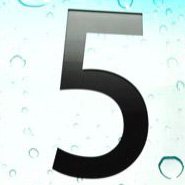 While most of the gaming world is getting lost in an endless series of press conferences at the E3 Expo in Los Angeles, we iOS faithful have spent our day gobbling up every tidbit of information to spill out of Apple’s Worldwide Develpoer Conference in San Fransisco. Now that their keynote address has come to a close, we were saddened to see that there was little impress on the gaming front. Still, that doesn’t mean changes aren’t coming.

“In just 9 months we have 50 million Game Center users. To put that into perspective Xbox Live has been around for about eight years and they have around 30 million users.” Such self-congratulatory statements are typical of a press event like this, but it’s a pretty impressive number nonetheless. With so many people on board, it should come as no surprise that Game Center is where Apple is placing the focus in terms of improving the gamer’s experience this time around.

To be included in iOS 5, the latest version of Game Center looks to make things a tad more social. You’ll now be able to see the scores of your friends’ friends, as well as send and receive friend recommendations. You’ll also be able to purchase games directly from Game Center, no doubt a handy feature should you see all of your friends playing something that you’ve decided to jump in on.

Game discovery will also play a key factor in the latest version of Game Center, with a recommendations page suggesting games to you based on what’s currently featured, as well as what your friends are playing.

In their final new feature, Game Center will be introducing an element to allow for the tracking of asynchronous turn-based games. This new feature looks to be similar to the way games like Words With Friends or Carcassonne work, except it will allow you to check all of your turn-based games at once to see when it’s your turn.

While the Game Center update is the big item in iOS 5 for gaming, there are a few other tidbits in the new iOS update of note to gamers. In a newly revised App Store, users will be able to see all of the apps they’ve purchased – even those not currently installed on your device. Likewise, if you buy a universal app on your iPhone and want to download it on the iPad too, that will now automatically show up in that list. It’s all part of Apple’s big announcement from today’s show, their device-syncing strategy known as iCloud.

Notifications have changed as well. If you get a text in mid-game, or if an alert of some kind goes off, it’ll appear at the top of the screen rather than as a jarring interruption that’s front and center. Definitely a nice perk when you’re in the midst of a particularly challenging puzzle or firefight.

So when do we get all of these great new features? iOS 5, complete with its updated Game Center, rolls out this fall for the iPhone 3GS, iPhone 4, iPad, and iPad 2.