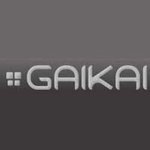 Player acquisition costs in MMOs are often through the roof, as publishers can spend millions in online ads with little turnaround in player count. Gaikai, the makers of a game streaming service that allows you to play full games in your browser, is looking to change that.

Gaikai thinks that MMORPG makers can dramatically reduce the player acquisition cost by allowing potential players check out the game right in their browser. Certainly sounds more appealing than spending hours waiting for a demo to finish downloading, doesn’t it?

In an interview with GamesIndustry.biz, David Perry of Gaikai believes that “we can really help get the cost of players down in terms of bringing more people in at a lower cost than publishers pay today, that’s one of the reasons we made Gaikai in the first place. I was in the MMO space and thinking ‘goodness we have to help solve this’ because it’s so expensive to get players to come and try your games.”

Gaikai has already made deals with a few MMO publishers, allowing Dungeons & Dragons Online and The Lord of the Rings Online to be demoed within your browser.

As for streaming to a mobile device such as an iPad, Perry said, “You’ll see us doing more and more MMOs, it’s a very important part of this puzzle. Those games are some of the biggest titles there are, I don’t know if you’re ever going to download such a big game onto your iPad. There’s a problem there. This bridges the gap.”

Let’s hope these developments move quickly. I wouldn’t mind kicking back with some World of Warcraft on my iPad.