Gachagate 2012: The rise and fall of card-based gambling in Japanese social games 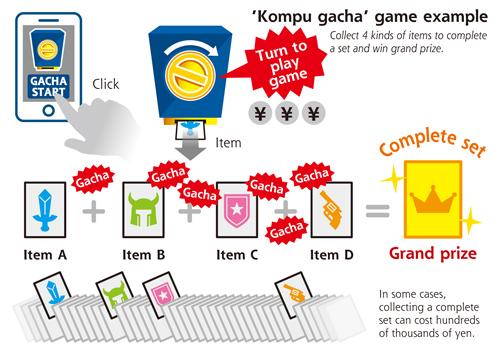 You know the old adage, “addicted to videogames?” The one that parents like to bandy around when they want their kids to stop playing and do their homework, or when they’re cavorting with other baby-boomers about the ills of today’s media-driven society? Well it seems it carries a little more literal weight overseas, where the practices of some major social games in Japan have led to some absurd spending and – subsequently – recent litigation.

Buying virtual goods is nothing new in social gaming. On the contrary, it’s a genre built on the idea of shelling out a few bucks here and there to get ahead. Build your tower faster. Snag the greatest gear. And while the best experiences make purchasing feel optional, and advancement flexible, let’s not delude ourselves into thinking that’s the case across the board. Certainly, right here in North America, we have our fair share of “social games” that are neither all that social nor really games, which prey upon the user’s compulsion to complete a manufactured psychological checklist (I’m looking at you, Aero Vacation!). And in some of these games, in-app purchases go as high as $100.

For the last two years, however, Japanese social games have increasingly become home to a system of in-app purchasing that really puts a new meaning to the phrase “limitless income ceiling.” Known as “Kompu Gacha,” or “Complete Gacha,” the system combines your average storehouse full of virtual goods with the same principal you see in “automatic vending machines that sell capsules containing toys” or, to a larger extent, fairground games like the claw.

Using real currency (in this case Yen), players purchase “gacha cards” at random, all of which represent a variety of common in game items. In some cases, they’re able to redeem the cards for the gear or clothing they represent, but in the case of the now-rampant “Kompu Gacha?” Players must obtain a specific set of cards and combine them if they hope to get the rare and especially useful content. All the psychological principles of popping in money to pull a slot machine, wrapped in the veneer of something collectable like Pokemon.

If you think it sounds a little more deceptive than your average pack of premium “bucks,” you’re not alone. Over the course of the last fiscal year, as “Kompu Gacha” has become more and more central to the 250 billion Yen (3.1BB USD) mobile market, the Japanese Consumer Affairs Agency (CAA) received over ten times more complaints about the practice than in the year before; that’s 5 in 2010, and 58 in 2011. Prominent cases include one in which a middle school boy was charge more than $5,000 in “gacha” card purchases over the course of one month.

As of this week, however, complaints turned firmly to action. From ire to illegality, the CAA concluded that the “Kompu Gacha” system is ban-worthy on the basis of its violation of a law on “unjustifiable premiums,” which forbids sales through “card combination.” (While the source I’m using is a translation, part of me wonders how they possibly could have missed that!) And so, in a report by Venturebeat, the powerful “friendly gambling” fuelling some of Japan’s most popular social games will cease to be as of July 1st. 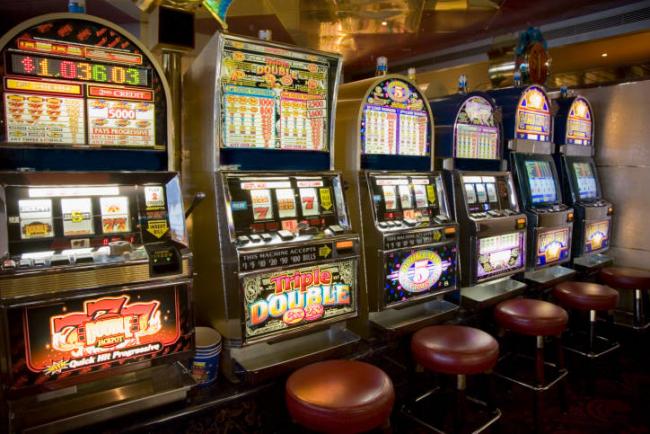 Of course, in anticipation of this legislation companies like Gree, DeNA, and Mobage – whose titles are seen as main offenders of this practice – began aggressively funnelling out all traces of “Kompu Gacha.” Unfortunately for them, that didn’t stop their respective stocks from taking minor nosedives yesterday, on the tail end of the formal announcement from the CAA. It’s worth noting that “gacha” – the purchasing of randomized in game items in general – won’t be banned as a part of this new measure, so it’s extremely interesting to see how much investor confidence was…invested in the idea that this more aggressive form of luck-testing was at the heart of the mobile-social industry’s success in Japan.

On a broader scale, the issue raises several interesting questions about the state of “mobile social” and the responsibilities of the developer vs. that of the player. Is success through manipulation the key to success in today’s new mobile market like investors believe, or just one phase in the evolution of a more substantial portion of the medium?

Ultimately, does the success at-large of these new freemium titles depend on companies walking the razor’s edge until they get caught? Or will growing discontent with these practices cause the social games space to craft new experiences? And whose fault is it, and the end of the day, that a middle school child shelled out $5,000 for in-game items? Is it so bad to give players a chance to get as much of what they’d like at whatever price they’re willing to pay?

Feel free to weigh in as a parent, gamer, industry member, or general loud-mouth! We love to hear from the community, especially on issues affecting the landscape in which they play and entertain themselves.

Out of the sewers and into your living room: Where’s My Water? merchandise is here