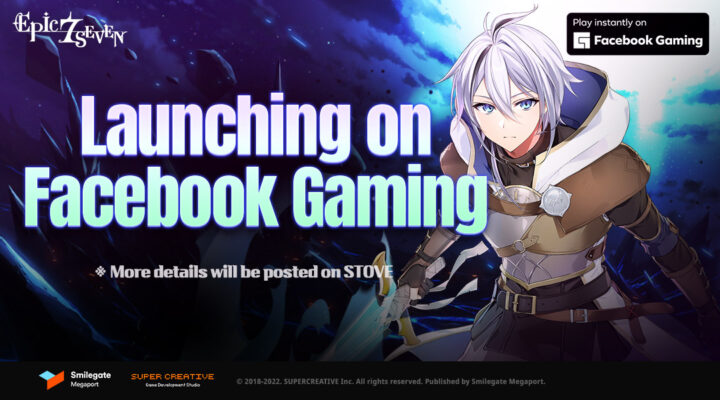 That means you can play the game on a browser, without downloading or installing any files onto your own device. All you need is a Facebook account. Several regions are supported, including North America, with more promised in the future.

If you’ve never played Epic Seven before, this is what you’re in for.

First released over four years ago, Epic Seven is an absolutely stunning gacha-RPG that sees you taking on monsters, World Bosses, and other players in a huge range of solo and guild encounters.

You can fight with up to 16 heroes, and they all look incredible. Just check out the trailer below. Epic Seven boasts some of the slickest, most cartoon-like graphics on mobile.

It boasts some of the most sophisticated gameplay, too. While most gacha-RPGs are content to restrict themselves to basic turn-based battles, Epic Seven gives you a ton of tactical possibilities to exploit.

You can take multiple turns at once, steal enemies’ turns, shake up the order of your attacks, and more. It all depends on the choices you make back at your HQ.

Epic Seven also does away with the tedious busywork that plagues most RPGs, allowing you to concentrate on your PvP tactics and your master plan.

Unsurprisingly, Epic Seven has racked up an impressive number of users, and now anybody can play wherever they are in the world – meaning the pool of human allies and opponents is set to explode.

So this is the perfect moment to jump into Epic Seven’s fantasy universe if you haven’t already. To get started, head to Facebook Gaming.