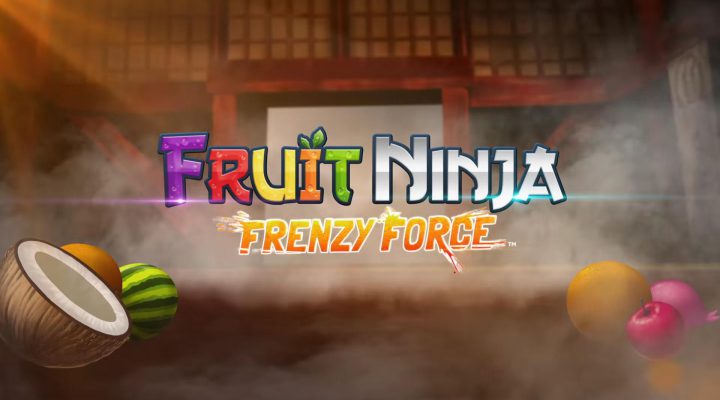 We were a bit surprised when Clash of Clans was spun off into an animated series on YouTube last year, transforming the base-building multiplayer juggernaut into a playful behind-the-scenes look at its cast of heroes and minions. Yet the concept proved itself through short episodes with witty writing from some veteran Simpsons and Futurama creators who used a sincere knowledge and love of the game to pack the show full of inside jokes. It’s with Clash-A-Rama’s successful outcome in mind that we embrace today’s news: Fruit Ninja is also getting the animated treatment, with its own series scheduled to debut on May 5th.

If you haven’t played Fruit Ninja since its earliest incarnation on the App Store, the idea of a cartoon based on its world may be hard to imagine: its original format was merely first-person fruit-slicing featuring little more than a juice-covered wall and an endless eruption of colorful targets. In 2014, however, developer Halfbrick revamped their classic, adding different blades, equipment, power-ups, and even a cast of characters that appeared both in-game and in an origin story web series.

The new cartoon has a similar animation style to this previous series, although it stars a different cast of Fruit Ninja warriors. Instead of Katsuro, Mari, Nobu, and Han, the upcoming Fruit Ninja Frenzy Force will feature Seb, Niya, Peng, and Ralph, who run a juice stand by day and battle world-threatening baddies by night using a variety of fruit-related weaponry. The crew still has the familiar Sensei guiding them—or attempting to, when he’s not stuck in a barrel—in the ancient art of “Juice-Jitsu.” They’ll need to master this fighting style in order to defeat the 1,000 year-old ninja threat, Durian Grey. So although we don’t have many more details at this time, it at least seems like the show’s wordplay will be on point.

Fruit Ninja Frenzy Force is a collaboration between Halfbrick, Toonz Entertainment, and Kickstart Productions. Its story will be spread across 13 episodes, with all 13 available to YouTube Red subscribers on May 5th.