Home / News / From console to social: how Jellyvision Games hopes to make an acclaimed franchise accessible for all [interview]

From console to social: how Jellyvision Games hopes to make an acclaimed franchise accessible for all [interview] 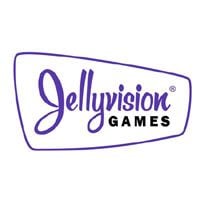 The You Don’t Know Jack franchise has been around about as long as I’ve been able to process complex sentences. My family and friends collected the “in your face” comedic trivia series over the entirety of its lifespan: from a time where I couldn’t understand why my parents were laughing, to a time where grew three feet taller and learned just how hilarious (and obscene) the series was.

Recently, I had the privilege to talk with some of the people who’ve been keeping the You Don’t Know Jack franchise alive over the decades, including Mike Bilder (GM of Jellyvision Games) and Tom Gottlieb (voice of the show’s host, Cookie Masterson).

Over a less-than-traditional conversation, we were able to talk about the process of moving to a social gaming atmosphere, as well as some of the work that goes into getting a well-oiled comedy quiz game running.

“I need you to friend me real quick on Facebook. This is how we get you,” starts Mike Bilder. While the initial relations started off humorously as we each scrambled to get a proper friend request out over the world’s largest social platform, Bilder and his crew are completely serious about their new platform.

“This is kind of our transition point now, where we’re moving out of the console space,” he says. “We made a game for the Xbox 360, PS3, Wii, DS, and PC launched in February 2011. [It was] very well received, [it got] great Metacritic scores, but unfortunately it was in a soft spot of the console cycle, but the $30 price point in a social/casual genre that wasn’t super strong on the consoles [didn’t sell all that well].”

I’d only been able to play a few games of Jellyvision’s 2011 version, but I loved what I was able to play. So did Gamezebo. And so did a majority of the critics out there. One of the most frustrating things that can befall a developer is releasing a title that is beloved but never sold. Jellyvision believes wholeheartedly that they can escape this pitfall by changing platforms.

“It’s kind of a natural evolution for us [to move to mobile]. It’s where we feel our audience is and where we feel we can be successful.”

For the first time in a lifetime of testing You Don’t Know Jack variants, I was able to boot up my experience over the internet in a matter of seconds. No CD-Rom or download required: all you need is a PC that runs flash. Already, I can see how this opens the potential audience up by a reach of millions. However, it’s not just the platform that’s been streamlined:

“There’s a ghost play mechanic,” Bilder explains. “Any of your friends that have the game will be playing alongside you and you’ll see when they buzz in. It gives a great feeling of that community experience where You Don’t Know Jack really shines. There’s no lobbying, and no arranging a time for everyone to be online and playing.”

In addition to opening gameplay to a “play whenever you want” style, this version of You Don’t Know Jack frees the series from its biggest modern problem: an opening payment. Bilder explains the system:

“On a daily basis you’re given one free game. So if you want to show up and play a game every day you can do that for free, we award you free games when you reach certain “Booty” levels, and we also allow you to buy game packs if you want to jump in and play multiple episodes back to back.”

I boot up my first game, and it starts with the same over-the-top humor that I’ve come to know and love with the series. I get my first question wrong – apparently I don’t know enough about the vulgar mating ritual of the hippopotamus.

“It’s an educational game,” Bilder and crew assure me under laughter. Yet, despite the occasionally risqué presentation, they’re absolutely right. Under a pop culture guise, I learned about Rodin’s The Thinker and the philosophy of Descartes.

When I hit a question about Tim Tebow, I stop to ponder how long the game will be able to run before its modern culture references age out, just like the original games. If all goes according to plan, the answer to that question will be “never”:

“There’s 165 episodes right now in the game, and then we’re planning an ongoing rollout of three episodes per week. So we will be very current with popular culture, news of the world, and any iconography happening,” reveals Bilder.

As someone who grew up with a family that got a new CD for each game’s new version, it blows my mind that we live in an age where I game can be updated multiple times a week.

I move over to Tom, whose voice has been yelling at me for the past half an hour through the from of crazed host, Cookie Masterson. I ask him how long it’s taken him to record the game’s established 165 episodes so far. With an exasperated sigh, I get the following answer:

After a few laughs and a little goading, I get a more concrete example.

“The majority of wrong answer dialogue is custom,” says Gottlieb. “For example, on the console version [it took] around 350 to 400 hours of recording.”

With over half a dozen professional scriptwriters and comedians producing days of hilarious dialogue, I leave him with one final question: “Do you ever laugh when trying to record your own lines?”

His response: “All the time. That’s the great thing: the quality of the writing. The writing is king; I think that’s true with all entertainment mediums. I’ve been really fortunate, because we have such top shelf writing and we always have since the very early versions of the game.”

Combined with a professional comedy crew, visuals and audio that match modern console versions, and a crew that has been backing their product for nearly two decades, Facebook is in for a special game. It’s set to be released later today, with a new iOS version to be released later in the year to mirror this new version.

It’s rare to see a classic franchise keep most of its role players this long, but it’s clear that Mike and Tom are adamant about keeping their franchise prominent. If the game’s weekly content continues to be the same top-notch quality of the first few episodes I’ve experienced, I have no doubt they’ll be able to find a comfortable home in the social and mobile market.

Inside Office Attacks!: Meet the Staff