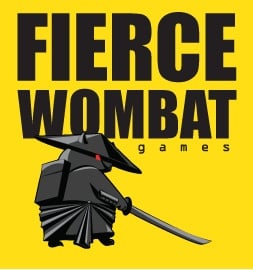 Less than two months since the studio was first announced, it looks as though FriendFinder Networks has already put its subsidiary Fierce Wombat Games out to pasture. The studio, headed up by Namco and 2K Games veteran Graeme Bayless, has been shut down by its parent company an insider close to one of their projects tells us.

Fierce Wombat Games was said to be focused on “developing innovative games for tablets” according to the press release that announced their existence back in December, and based on what their planned initial release was, it certainly seemed like they were living up to that promise. An adaptation of Fantasy Flight Games’ board game Red November was in the works for PC, Mac, and iPad, and was slated to debut this past January. With that release window firmly in our rear view mirrors, it was clear something was holding up the project – we just couldn’t have imagined it was this.

Fans of Red November should probably stop holding their breath – while there’s no solid confirmation as of yet, it seems as though licensing issues could prevent this one from ever seeing the light of day. Likewise, Fierce Wombat was working on at least one other unannounced Fantasy Flight Games adaptation, which too could potentially be tied up in a licensing fiasco.

We’ve reached out to all of the parties involved for comment, but haven’t heard back just yet. That being said, Graeme Bayless’ LinkedIn profile now lists General Manager of Games at Fierce Wombat Games in the “past” category, and boldly proclaims that he’s “looking for the next opportunity.”

Stay tuned to Gamezebo for a follow-up as soon as we hear word from the parties involved.

Kabam looks beyond Facebook, expands to iOS and Kongregate