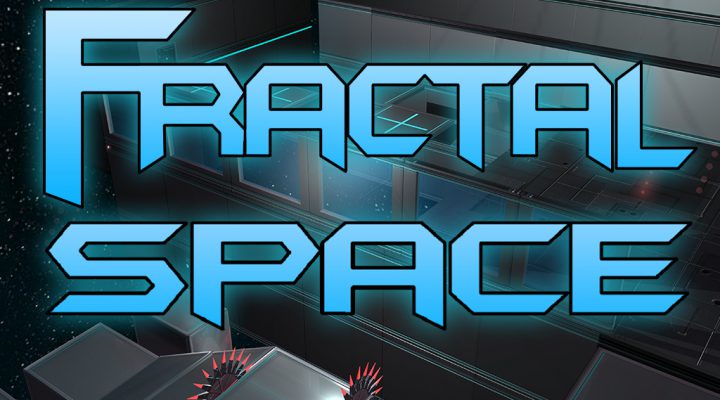 Every so often, a mobile game can surprise you. It happened with The Room, it happened with Monument Valley, and it might just happen with Fractal Space.

This ingenious and unusual first-person 3D puzzler is reminiscent of PC and console titles like Portal, the Talos Principle, and The Witness. It sees you waking up in a space station, with a GlaDOS-like voice in your ear introducing you to your discomfiting new surroundings.

Fractal Space is an environmental puzzler. Things start off simple – all you need to do at first is operate switches, turn off lasers, deactivate traps, avoid crushers, dodge saws, and generally get from point A to point B in the alivest way possible.

But as you make your way through the campaign you’ll have to navigate an ever more complicated environment, using a growing toolset. That means hopping about with a jetpack, travelling through portals, angling mirrors to reflect beams of light, and firing your color-coded taser gun.

But that’s just the obvious stuff. Fractal Space is packed with subtle details that enrich the game universe and bring it to life, such as the voice recordings that gradually explain how you came to be in I.G.’s space station. Over the course of the game you’ll learn more about your host, too.

Plus, there are multiple endings to explore, as well as colors to collect for your taser and a speedrun mode to compete in, giving Fractal Space a huge amount of potential replayability.

There are two version of Fractal Space – a free one and an HD one. Pleasingly, the free one isn’t ad-funded, and the IAPs don’t unlock anything crucial. They’re purely donations, if you feel developer Haze Games deserves them, and in return you’ll get some bonus content.

The HD version, meanwhile, comes with improved textures, dynamic lighting, 4K resolution, and a few other perks besides. Both versions have gamepad support. And if you start with the free one and upgrade to the HD one, you’ll be able to keep your saves.

Skilli World is Giving Away $1000 in its December Prize Draw

Cartoon Crush Might Be Your Next Casual Gaming Fix