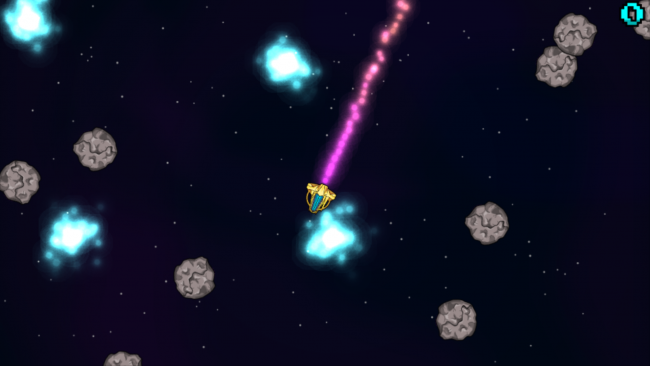 The idea was to hone their development skills while simultaneously connecting with their audience by livestreaming each “speedcrafting” session, and while it didn’t work out quite as well as they’d hoped, the four games to come out of it are actually quite good.

The speedcrafting sessions are now over – the Butterscotch fellas wrote a very interesting post-mortem discussing the various ways in which they succeeded and failed right here – but the games remain. And as quick, simple diversions, they’re well worth checking out. So check them out!

Roid Rage – Pilot a spaceship with no brakes through a dense asteroid field to collect Juice. Turn left, turn right, and don’t smash into space rocks! The “rage” part comes when you do smash into a space rock for the 1700th time while your high score remains stuck at 3. This is apparently the most popular of the Minis, with a player base comparable to that of Towelfight 2. I don’t care. I hate this game. 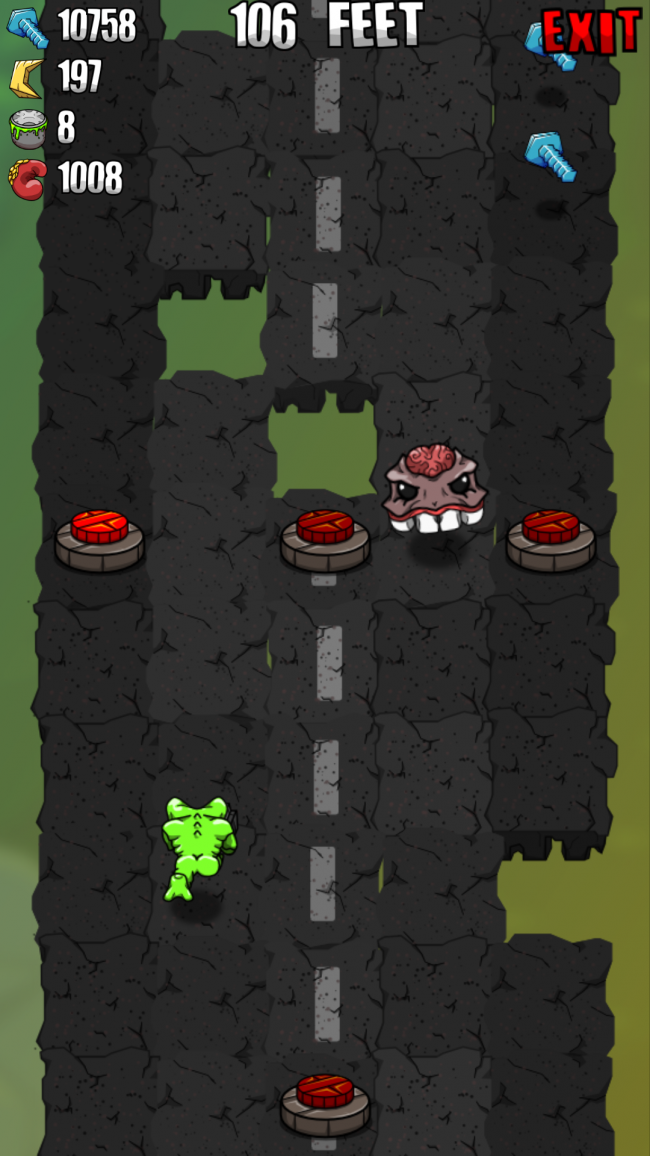 Freeway Mutant – An endless runner about a gloriously-gluted green alien sprinting down a freeway in a shattered, post-apocalyptic world. Where’s he going? Nobody knows! Dodge craters and collect debris to upgrade your weapon and blast your enemies into gooey piles of kidneys – and yes, that’s what they explode into when you shoot them, although it’s entirely non-graphic so you don’t have to worry about mentally scarring the children. Great soundtrack too. My personal favorite. 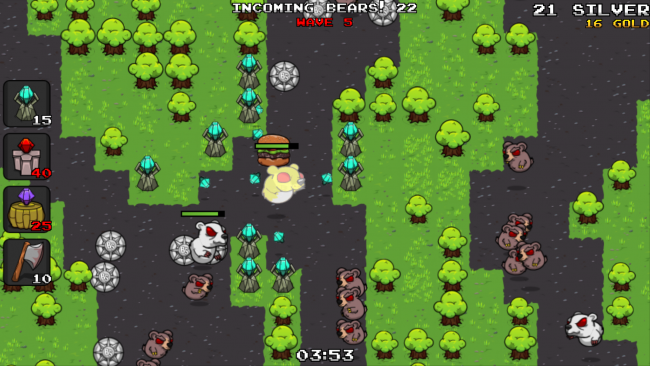 Extreme Burger Defense – You’ve crafted the tastiest burger in the history of humankind – and now the bears want it! Choose from a dazzling array of no less than three – that’s right, three! – tower types to defend your hamburger sandwich against the predatory ursine menace. Pretty primitive stuff as tower defense games go, but it makes up for its lack of depth with frantic action and profound silliness. Most games end pretty quickly, but with the right circumstances and a little bit of luck, you can defend your burger forever! Or at least until you have to go do something else. 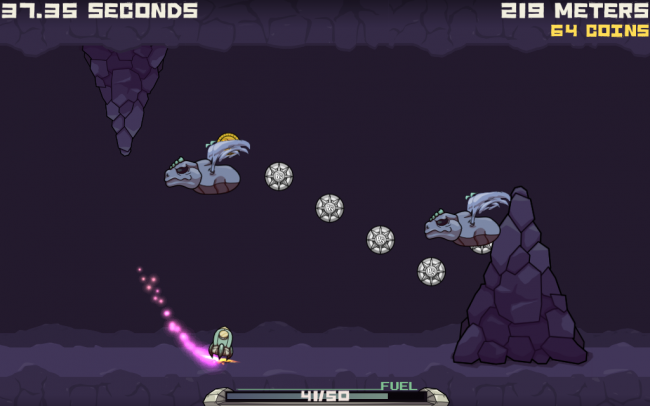 Flop Rocket – You’re a test pilot for a space program that’s so desperately underfunded, the only real estate it could afford for a launch pad is buried deep underground – so before you can go into space, you have to fly the rocket out of the twisting cave. Too bad for you the cave is infinite! Maneuver through tight passages, dodge obstacles, collect space-change to pimp your ride and use a deft touch to land and refuel before your tank runs dry. What, you thought rocket ships ran on magic?

It’s unfortunate that the Butterscotch Shenanigans speedcrafting sessions have come to an end, but even though they weren’t as successful in expanding its audience as the studio had hoped, they were still “exceptionally valuable” to the team internally. And it’s not necessarily the end of this style of game development, either.

“We may dig into the essence of speedcrafting in the not-too-distant future,” the studio wrote. “If we are involved in a project that’s planned to take about 6 months to make, we’ll make sure to take a week or so break from its production and release a smaller game in the middle.”

King of the Course is EA’s next golf game, and it’s now in Canada