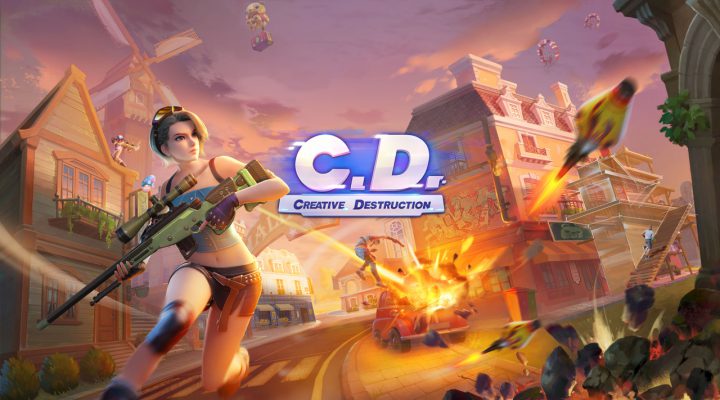 With the success of PUBG and Fortnite, it was always inevitable that 2018 would contain a lot of battle royale games as developers sought to capitalise on gamers’ apparent love of killing their enemies on a shrinking sandbox island.

Of all the battle royale games to have appeared on the app stores, Creative Destruction might be the most radical. As its title suggests, this is a game that emphasises creativity as well as destruction.

To start with the usual battle royale stuff, Creative Destruction sees you parachuting into a huge 4x4km map where you’ll find up to 99 other players trying to kill you (and, fortunately, each other).

There are 13 different environments to visit, and every game is a race against the clock as hazards like snowstorms and bullet storms bear down on you.

What sets Creative Destruction apart from other battle royale games is that everything in it is fully destructible, and you can use the fragments of whatever you destroy to build battlefields and more via the workshop system.

If you’re one of the millions of people who follow YouTuber Daniel “KEEMSTAR” Keem you’ll no doubt already be aware of the KEEMSTAR and UMG Creative Destruction Tournament, which saw a host of professional Fortnite players and content creators competing for a $50,000 grand prize.

Taking place on December 18th, the tournament saw teams of players going head to head over two rounds to see who could notch up the most kills.

Several of the biggest names in streaming and YouTube gaming were present, including YouTubers Mr Beast, Typical Gamer, NoahJ456, and professional Fortnite streamers like Summit1g, Daequan and others.

In the end, Poach and Vivid pressed home their team advantage to take home the $50,000 prize. Tfue and Symfuhny got a respectable $30,000 for coming second place, while third and fourth place each took away $10,000.

Creative Destruction started life as a mobile shooter, but it has since made the transition to PC. You can download it for free right now on Steam, Google Play, or the App Store.