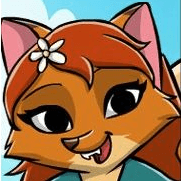 When most people think of Canada, thoughts of lumberjacks and evergreens can quickly cloud the mind. It’s somewhat appropriate, then, than Zynga’s upcoming mobile game ForestVille has just made an early debut on the Canadian App Store.

Canadian gamers (and sneaky outsiders with Canadian accounts) can grab the game here, while those outside of the Great White North will just have to wait for our hands-on preview, which should be coming shortly.