Home / News / Flappy Bird to return in August, will include multiplayer

Flappy Bird to return in August, will include multiplayer 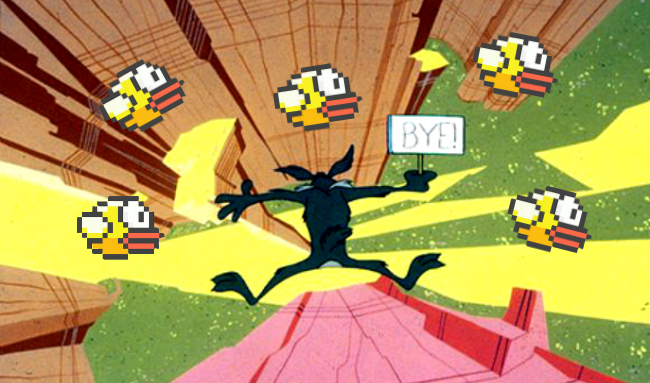 News that Dong Nguyen is thinking of bringing Flappy Bird back to the App Store isn’t new. In fact, he said as much on Twitter back in March. But a release window, complete with details of what the new version will bring? Now that’s news.

In an interview with CNBC, Nguyen confirmed that the game should be coming this August, and will include… wait for it…

What that means is anybody’s guess, but considering how addictive this one was as a solo game, you can only imagine crazy things might get with friends. That said, Nguyen has also said that the next version of the game will be less addictive – though really, how much control can he have over that?

Unless he limits plays to a certain number per day, in which case… ugh.

There’s no word yet on the other titles Nguyen teased to Rolling Stone back in March (remember Kitty Jetpack, Checkonaut and the action chess game?), but we’re keeping our fingers crossed that any one of them might surface soon.

In the meantime, we suggest you check out Nguyen’s other games. Personally, I still think Smashing Kitty is the best of the bunch.

Car Jack Streets 2: not dead yet!