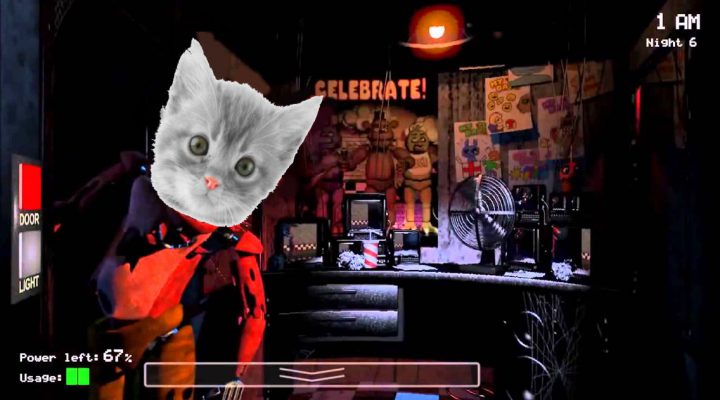 Game streamer Dawko got a surprise over the weekend when a very special guest showed up during his “Five Nights for St Jude” charity stream.

St Jude’s Children’s Research Hospital is a cancer research and treatment facility in Tennessee that treats its young patients at no cost. Parents aren’t even charged for lodging or meals. The hospital also aims to eradicate child deaths caused by cancer. Needless to say, it’s a good cause to donate towards.

However you may feel about the Five Nights at Freddy’s games (they’re certainly not for everyone, whether you feel they’re too simplistic or just too darn scary), donating such a significant wad of money to a children’s charity is a pretty class act.

Scott Cawthon is a bit reclusive as far as indie game developers go, but it’s good to see he maintains a presence in the fandom he created – a suitably ghost-like presence, even.