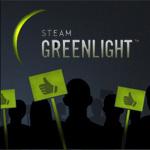 The Steam Greenlight initiative got off to a bit of a rocky start, but that hasn’t kept it from doing what it was created to do: Bring more games to Steam. Valve has announced the first 10 games to garner the upvotes required to receive full release on the Steam platform, and it’s a pretty impressive lineup. From diehard survival horror fans to random-aliens-getting-high-in-the-jungle enthusiasts, there’s something here for everyone.

Not all of the games are ready for proper release, and as such they’ll arrive on Steam at various points in the months ahead. I’m especially looking forward to the release of Black Mesa, McPixel and Routine, but really every single game on the list deserves its spot. My wallet is already weeping profusely.

Greenlight has only been around since August 30, so it’s surprising to see that some games have already received the votes necessary for Steam release. If things continue the way they’re going, we’ll likely be seeing another wave of games in just a couple of weeks!