Fingerprint leaves its mark on the educational games space

It’s no secret that kids in the U.S. are lagging behind in the STEM subjects – also known as science, technology, engineering and math – when compared to their counterparts in other countries all over the globe. The reasons why are common fodder for both polite and political debate, but rooting out the cause pales in importance compared to finding a solution.

Fingerprint thinks it can help. The San Francisco-based company believes in its approach, combining first party content and the curation of top educational games from developers all over the world, all served up on its own platform. Some big brands are on the Fingerprint bandwagon too, tapping it to help create their own mobile kids networks.

But that’s the macro picture. When it comes to the specific area of STEM learning, Fingerprint already has an impressive group of offerings that attack the problem from different angles. Games like Equator and Cosmic Reactor turn math into a multiplayer affair, while Not Lost in the Universe teaches about renewable energy sources in the course of an interactive story. Other apps tackle business, math, geography, biology, and more, all tested by children and approved by experts before it hits Fingerprint Play.

The company has apps that teach letters and language skills as well, but according to Chief Creative Officer Michael Chanover, the more technical subjects have emerged as a primary focus. “We know with the increase in importance in the educational system in the U.S. and beyond how important STEM is becoming,” Chanover said to Gamezebo. “We know, especially in America, there’s a great big gap to fill with regard to STEM education, opportunities and jobs. It’s something we all see as important. And with the mobile content that we develop, the curriculum that we have in a lot of our games, we believe that we’re really helping bridge that gap.”

At the heart of the Fingerprint philosophy is the idea that dry, sometimes intimidating topics can be transformed into experiences that are not only fun, but bring people together.  Chanover says this is due in large part to the way Fingerprint’s team has been able to think outside the box when it comes to learning games as single-player fare. In other words, when kids play together, even math and science become infectious.

“There are really some incredible, magical things that happen between siblings, between kids and friends, between parents and kids, which we think is just so wonderful and such a unique way to add a play pattern,” Chanover said. “It’s interesting because we generally identify these devices as solitary experiences where a child will be engaging with their content and relatively focused in that specific experience. With these games, we found that the world opens up in a way that they’re playing with friends, and they want to have friends over to play with them, and it’s really been a great thing.”

Another attractive feature of Fingerprint’s games is that they automatically track what kids are playing and tag specific things they’re learning. This adds to what Chanover calls the “dinner table” effect by giving parents more insight into exactly what their children are consuming, and providing them with easy ways to bring those lessons up in conversation. They can even quickly jump in and play the games for themselves if desired. 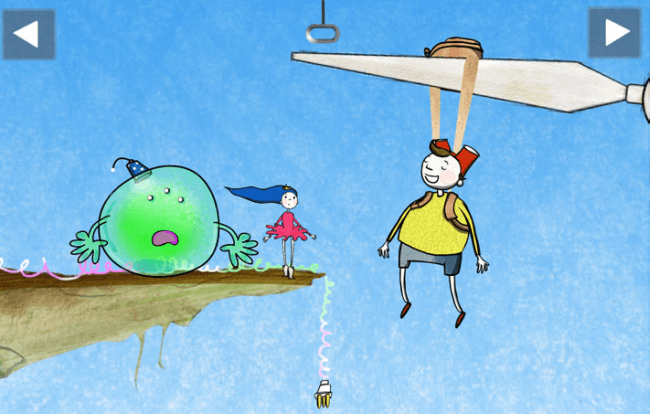 “Kids can learn about renewable energy sources by playing Not Lost in the Universe.

“We’ve consistently found that parents who have shared their thoughts with us around this feature in particular say exactly that, that it’s nice to know,” Chanover said. “They’ll say, ‘I usually think I know everything that’s happening, but to be able to see all their games in one place is great.’ We really love when that kind of dialogue takes place.”

The Fingerprint platform also allows safe messaging between children, friends, and parents with emoticons and canned phrases. Plenty of educational apps are on top of the safety aspect, but not all of them have integrated it in such seamless fashion.

That combination of content, engagement, and safety appears to be a winning formula, but Chanover also says it doesn’t mean anything if it doesn’t add up to end products that are fun. Young gamers have tons of choices when they spend their time on mobile devices, and there’s some pressure to make educational games stand out against their less high-minded competitors – of which there are plenty.

“We absolutely feel that pressure, and we also realize that a great game experience is a great game experience,” he said. “In some ways, the learning happens whether it’s really front and center for the child or not. But we 100 percent hold ourselves to incredibly high standards. We do not take the position of, we can make this less compelling or we can make this less engaging because there’s learning in here.”

The need for those kinds of quality STEM-focused games isn’t just limited to the U.S., which is why Fingerprint has been approached by some noteworthy companies looking to stake their own claims in the market in their parts of the world. One of them was Astro Digital 5, a giant, Comcast-like cable provider in Southeast Asia. 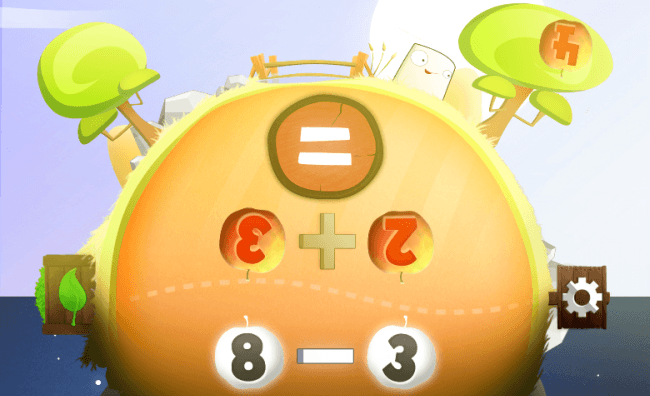 As a traditional media company, Astro was looking for more than just children’s content. It needed an entire digital strategy to reach and retain kids and their parents, which was when Fingerprint realized it could provide a white label version of its platform that was built on the same framework the company used for itself, but fully branded for Astro. It also features games that keep the unique cultural makeup of places like Malaysia in mind (for instance, Chanover says dogs are a non-starter in Malaysia) and can be localized into any local language.

Fingerprint recently announced a collaboration that will resonate even more powerfully with customers in America, teaming with Samsung to construct a mobile network targeting kids ages 3 to 7 that will launch in Southeast Asia and Oceania in the first quarter of 2014. Along with that, the two companies have devised a $1 million content fund to help developers create the next batch of best-in-class educational games and apps for kids. With that initiative and the others it already had in the works, Fingerprint expects 200 games and 14 interactive stories to hit a network it has a hand in over the next year.

And potentially, a tremendous tool to address the STEM conundrum. If Fingerprint and other like-minded organizations can succeed in leveraging the ever-growing mobile market the way they envision, maybe that gap everyone talks about can be a thing of the past before too long.