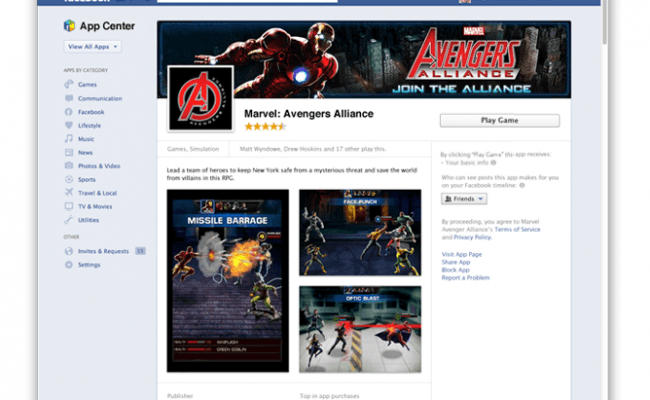 Developers rejoice! Gamers rejoice! Rejoicers? Well, you already beat us to the punch, but I guess we’ll let you join in anyway. A little social network you may have heard of named Facebook announced earlier today the long awaited introduction of a formal platform for app and game discovery. Dubbed the “App Center,” Facebook’s centralized marketplace looks to take the black hole that is the company’s apps catalogue and bring to it much needed order.

Deploying in the next couple of weeks to www.facebook.com/appcenter, as well as iOS and Android devices, the service looks to be very much comparable to both Apple’s App Store and Android’s Google Play, with a soupçon of Facebook styled sprinkled in. Like the former two, the App Center will offer developers the chance to create a details page for their app, all of which will be organized in a searchable market with featured content and recommended apps. The company’s also upping their focus on mobile, allowing for developers who use Facebook’s login features to harness the platform as a second hub to direct users towards their Apple or Android links. 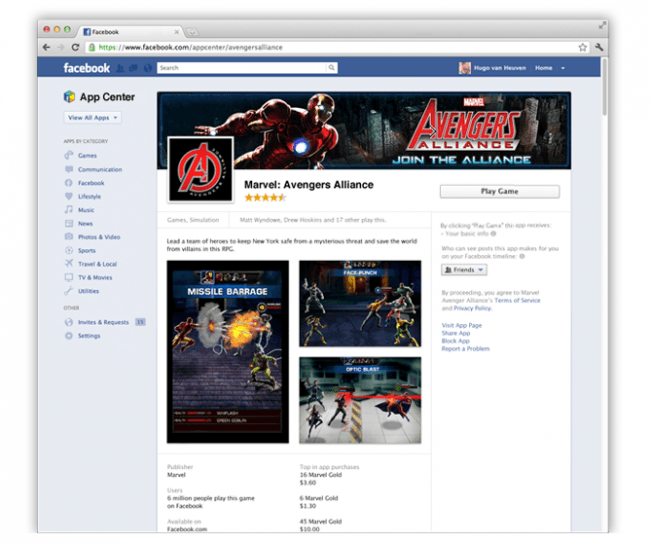 There are, however, some key differences that make the App Center an intriguing addition to what will likely become this generation’s new trifecta (sorry BlackBerry App World). Foremost among them? A much stricter focus on “high-quality” content. Beyond just allowing for star ratings, Facebook will be watching them like a hawk, weeding out content that falls into disfavor among the community. In order to keep their cushy spot on the App Center, developers will have to qualify as “well-designed apps that people enjoy.”

More specifically, this means meeting a laundry list of submission criteria, including assuring your game has an “easy-to-use interface, clear content, value to users, [a] clear distinction between ads and content…high app ratings…[and] clear expectations about what user activity it shares on Facebook.” If my tone sounds negative, don’t get me wrong. While I’m very much against too heavy a hand in today’s self-publishing marketplaces, Facebook’s focus on quality feels like a refreshing change of pace from the Apple Store of late, where blatant clones and copyrighted rip-offs have snuck past sensors and onto the devices of unsuspecting players. I’d sooner see a developer go through the hassle of resubmission than players be duped into downloading something unplayable. 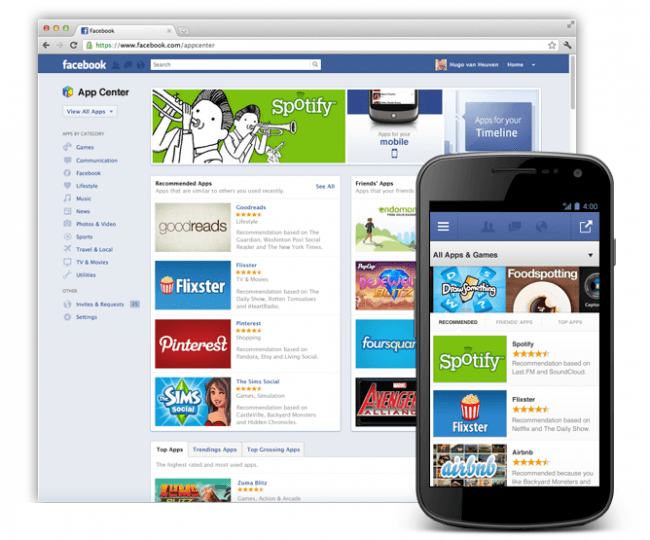 This is especially relevant as Facebook is opening the doors to paid apps for the first time ever, citing a “simple-to-implement payment feature that lets people pay a flat fee to use an app on Facebook.com.” Ironic, in my opinion, as the Facebook platform is a large part of the rampancy of today’s free-to-play model. And while I wouldn’t want to find myself eating crow later, I’d say developers looking toward the pay-to-play model as a possible gold rush should approach with caution, not zeal.

In the coming months, we’ll be checking back in with the platform and will be keen to see what role it plays alongside today’s other App download giants. With that said, however, I think players and developers both should be extremely excited. With Facebook’s storehouse of social data and promised focus on separating the wheat from the chaff, they may very well be poised to go from back of the pack to delivering the best app download experience out there.