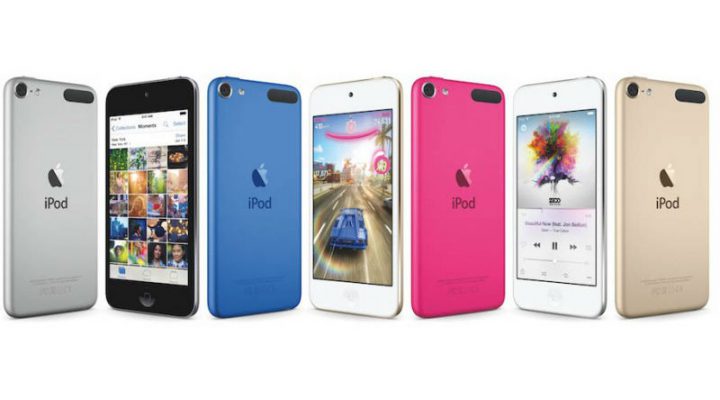 The iPod doesn’t headline in pop culture like it used to, but Apple still gives its attention to the hardy little game / music player on occasion. Case in point: Earlier today, Apple introduced the sixth generation iPod touch. It’s the first update the device has received since October 2012.

The new iPod touch features new colors, an 8 megapixel outward-facing camera, an improved forward-facing camera (all the better to take selfies with, my dear), the powerful Apple A8 chip, and better fitness tracking. It’s also pre-loaded with iOS 8.4, as well as access to Apple Music and Beats 1. 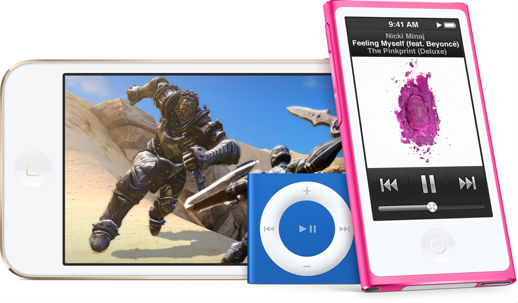 Prices for the new iPod Touch start at $199 USD for the 16 GB model, and go up to $399 USD for a 128 GB model that’s available exclusively through the online Apple Store.

The iPod Shuffle and iPod Nano also received color updates to match the iPod Touch’s new rainbow (that is, space grey, silver, gold, pink and blue), but otherwise neither device had its hardware upgraded. It’s still $149 USD for a Nano and $49 USD for a Shuffle.

tl;dr – if you’ve been furious about the lack of a current-gen low cost iOS gaming option, you should cool your jets and get out your credit card.