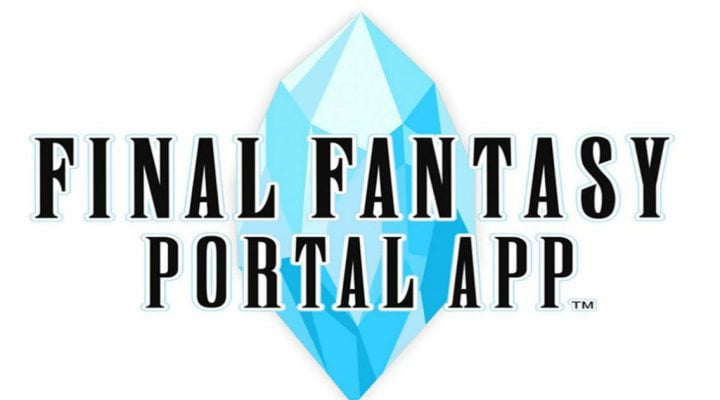 We’ve been keeping an eye out for the Final Fantasy Portal App on the US App Store since its announcement earlier this summer. Today our watch is over. Coinciding with the release of Final Fantasy VII on mobile devices, the Portal App launched worldwide this morning, and brought with it an extra surprise.

But first—what is the Portal App? It’s basically a free marketing stage for Square Enix to share news and announcements on their latest releases and updates. Today’s main page announces Final Fantasy VII on iOS, Type-0 on PC, and the Portal App itself (how meta). At the moment there’s no earth-shattering news that’s exclusive to the Portal App, but it’s a quick one-stop glance at the recent world of Final Fantasy events. (It does seem specific to Square’s flagship series, so don’t expect to read about Chrono Cross iOS here—or anywhere, actually, but especially not here.) 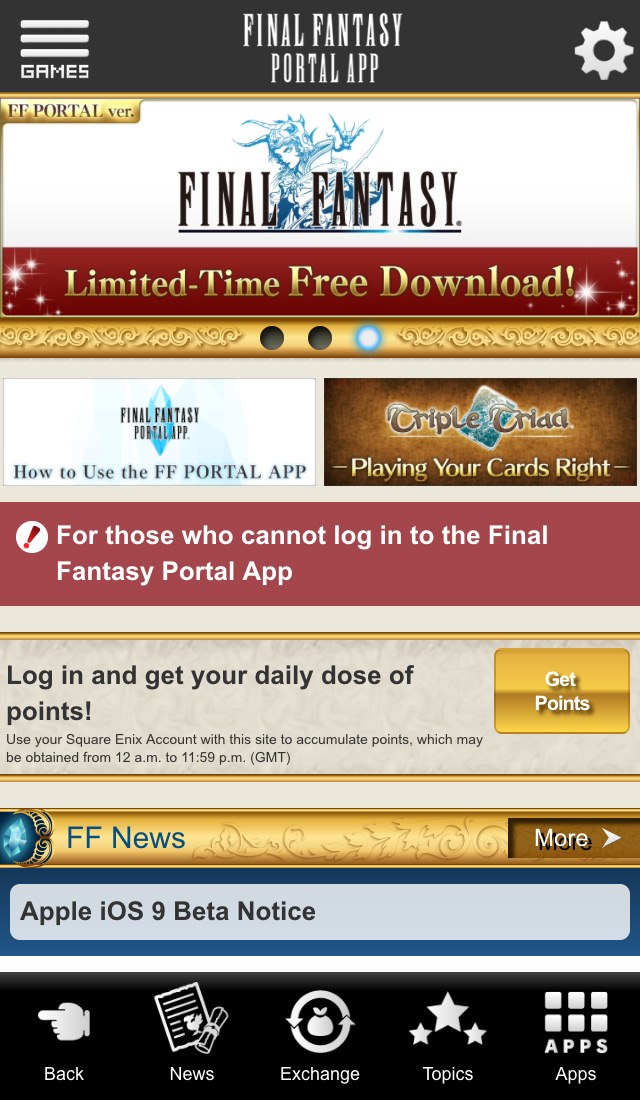 If you’re logged in to your Square Enix account, just accessing the Portal App and reading those news snippets will earn you points. These points can be redeemed for digital rewards which are currently limited to wallpapers and trading cards, but we’re interested to see what else may show up on the exchange shop in the future.

The big surprise is another freebie that’s available to anyone who downloaded the App: the original Final Fantasy. The entire game can be accessed from within the Portal App for only the cost of the bandwidth to load it. This will not install the standalone game on your phone—it can only be accessed from within the Portal App—and it comes letterboxed with “Final Fantasy” banners on either side, but hey! It’s Final Fantasy, for free, just because. We’re definitely not complaining. Final Fantasy will be available to download at no charge until August 31st, so be sure to boot up the Portal App before then if you want to snag it. 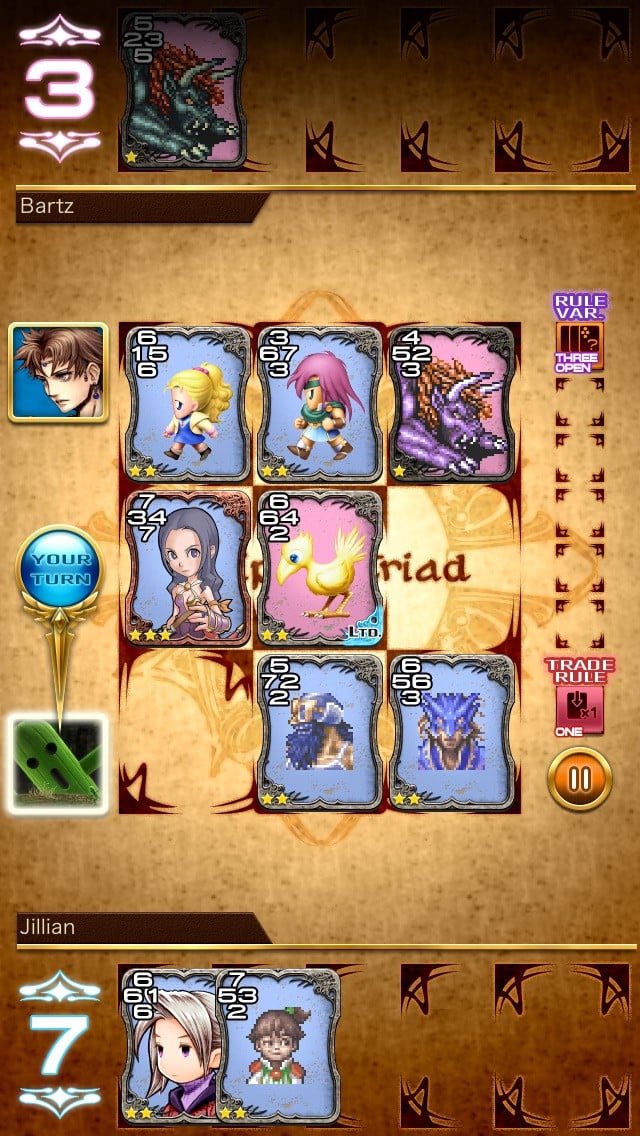 The final feature and the real reason we’ve been not-so-patiently awaiting this release is its inclusion of Triple Triad. As a reminder for anyone not blissfully trapped within fond memories of 1999: Triple Triad was the collectible card mini-game inside of Final Fantasy VIII. There have been a number of games that utilized its basic format with varying degrees of success, but none of them have truly scratched the Triple Triad itch.

The Portal App contains a full recreation of Triple Triad featuring character cards from all—not just VIII—of the Final Fantasy games; a single-player “campaign”; local and online multiplayer; the numerous rules and trade options that kept the original mini-game fresh; and, most importantly, the original music and sound effects. Browsing the Portal App itself is a silent and somewhat lackluster experience. But booting up Triple Triad and hearing “Shuffle or Boogie” play as you flip over opponents’ cards—unbeatable.