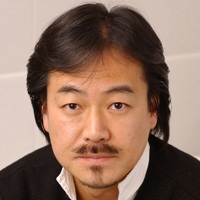 Hironobu Sakaguchi, the big papa behind the Final Fantasy series, is reportedly working on three new iOS games, according to his Twitter feed and a translation by Andriasang.

Last week, a Twitter follower asked Sakaguchi about his new projects. Sakaguchi responded that he’s working on three games for the iOS.

There aren’t any details on Sakaguchi’s new projects at this time: currently, he’s touring Europe to promote another one of his big projects, The Last Story for the Wii. He’ll be back on Japan on March 1, so hopefully we’ll hear more about these mysterious iOS games shortly after the new month comes roaring in.