Home / News / Filling the vault: Disney Mobile’s Jim Molinets and the journey of games as IP

Filling the vault: Disney Mobile’s Jim Molinets and the journey of games as IP 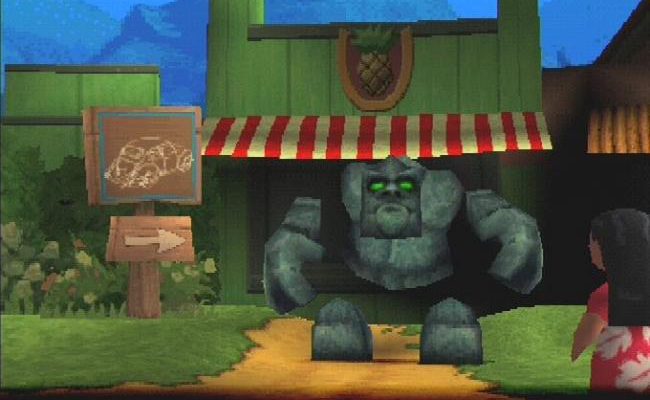 When I was younger, a new Disney movie meant two dependable things — a magical (if altogether too expensive) time at the theaters, and a surprisingly robust videogame. It was the company’s Renaissance, and fairytale mega-hits like Aladdin and Lion King spawned clever, well-received playable titles that were often just as absorbing. But rebirth doesn’t last forever.

As the sun set on the 1990s, so too was there a marked shift in performance – both critically and financially – of Disney Animated Studio’s content. With Atlantis: The Lost Empire in 2001, the company began a period of rockily received features, that, while still heartfelt, paled in the public’s eyes in comparison to works like The Little Mermaid. Similarly, the games that were launched felt more like cobbled-together tie-ins. Remember Lilo & Stitch for the original PlayStation? Neither do I; but Metacritic does, rating it 54%. 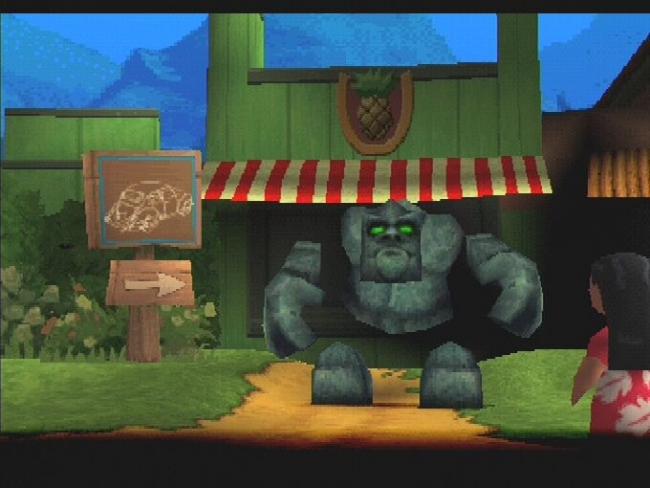 As the millennium came of age, something uncharacteristic happened. Disney’s animated content was outright floundering, and they started buying things almost as rapidly as they were making them. Videogames had exploded in their popularity – making their way from the living room to people’s phones – and without the strong library of films to guide them, Disney Interactive’s own IP stood in the shadow of newly-owned franchises like Club Penguin. A shadow that arguably lingered until September 2011, when a game named Where’s My Water? hit the App Store. Created by Disney Mobile, it introduced the world to Swampy the alligator, and his addictive, endearing quest for bath suds. It was a total hit…and a totally new Disney character.

Today, the company released the second episode in a web series that breathes life into Swampy’s backstory. Between now and then, he’s appeared as a “meet and greet” character in a merchandise-laden takeover of Disney World Resort’s Typhoon Lagoon water park in Orlando, Florida. For the first time in over a decade, the quality of the what you’re watching and playing seems high – classic, even. And for the first time ever, it started with the game. With the spring seemingly back in their step, Disney Mobile’s Vice President and General Manager Jim Molinets reflects on the pressure of getting here.

“I think the first challenge is that we have an obligation to live up to such high expectations,” remembers Molinets of Swampy’s origins. “There’s a quality bar that has to be met in crafting a Disney character.”  And while the well-meaning gator may just be the mascot for the future of the company’s gaming IP, meeting this bar meant looking to the past. “We spent a lot of time looking at characters from feature animation, working with character artists from feature animation; delving into the history and seeing how we [could] be expressive, how we [could] actually create emotion and character development in an application.” 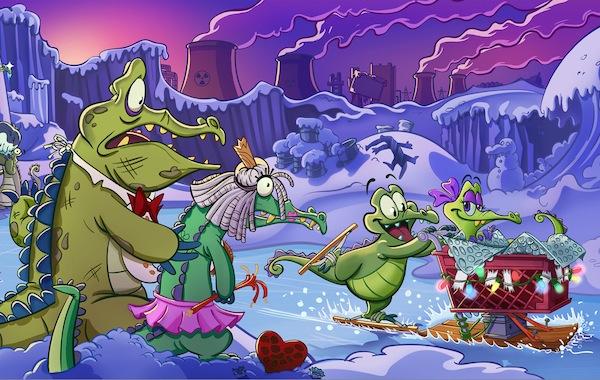 Emotion? Character? When 95% of Where’s My Water? is finger-physics gameplay, don’t all those considerations ultimately go unnoticed, I ask? That, Molinets counters, is the point.

“I know that sounds strange, but that’s really part of the core construct of creating a Disney character and a Disney franchise. They do have those backbone pieces which make the story compelling. Even when you’re not considering telling everything to the [viewer], there has to be that information around…who [is] Swampy? What is he like, how does he live, what are his goals, what are his aspirations?” In attempting to answer these questions, Molinets says the Glendale, California team went all in on the bet that their scaly creation could bear the weight of Walt’s legacy on his shoulders.

“We decided [it had to be] classic Disney – to go back to who Mickey Mouse was,” says Molinets. I can almost hear the words emerge more hesitantly. This is one animal whose reputation most definitely precedes him. “He’s this sort of originally mischievous character with universal appeal associated with his ability to get himself into situations, and to get himself out of situations. When looked at it from a storytelling  perspective, we [thought], ‘wow, this hasn’t changed at all’ – the fun that we could have with that type of character is still is as strong today as ever it has been.” 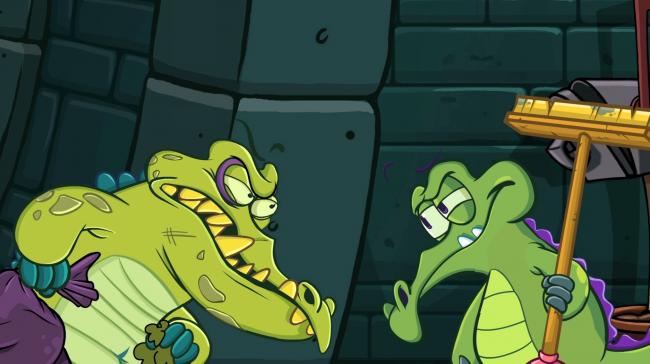 Suddenly, I think of  my own childhood — of my discovery of Disney magic. Today’s kids are so very steeped in gaming, in online media; given his genesis, this is arguably more Swampy’s turf than it is Mickey’s. Is the company uncomfortable with the idea that children may not associate Disney with its founding character? Or that the concept of that character may be changing entirely?

“When I first started [here], I never [saw] that particular issue or opportunity happening, but it certainly is,” says Molinets. Here, a personal anecdote about a friend speaks volumes. “[He] went on a Disney cruise with his four year old daughter; at the time that the game released she was three, and she’s been essentially playing it for a year and a half now. For her it was strange not to see Swampy on the Disney cruise; she said, ‘well he’s a Disney character dad, why isn’t he on the boat?’ And I get it! Water, boat? Makes perfect sense.”

“That caught us by surprise. We never really looked at it and said, ‘we’re really creating a Disney character and introducing the idea of Disney to people through interactive media.’ Now,  that’s one of our core DNAs…straight from the top. We’ve had conversations with [Disney CEO] Bob Iger where he’s said, ‘you’ve done really well picking stuff from the Disney vault, but it’s time to put stuff back in it.’

Stuff like Wreck-It Ralph. Released today, the movie follows a prototypical arcade game villain on his quest to prove he can be a hero. Seemingly a poignant reflection of Disney’s journey back to classic quality. And fortunately, a poignant film as well. It currently sits at 84% among 88 critical opinions on ratings aggregate site Rotten Tomatoes, and I find that it has emotional oomph for both today’s children, and yesterday’s. Better still, the app Disney Mobile paired with it condenses some of gaming’s most classic sensory joys into a charming package that stands on its own feet.

Once again, a new Disney movie might just mean two dependable things — a magical time at the theaters, and a surprisingly robust videogame