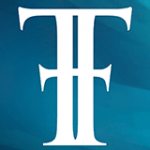 When OpenFeint founder Jason Citron started a new games company called Hammer & Chisel in 2012, many fans have been eagerly looking forward to the exciting projects that were sure to come. Well today Citron has announced that he has received a whopping $8.2 million in funding to go towards Hammer & Chisel as they toil away on their upcoming MOBA mobile game, Fates Forever.

But the really interesting thing about this news is that a piece of the $8.2 million funding is coming from none other than Benchmark Capital Partner Mitch Lasky. Now if that name sounds a bit familiar to you, that’s because Lasky was also the number one investor in Riot Games, the studio behind a little game called League of Legends. In addition to the substantial investment, Lasky will also be joining the board of directors at Hammer & Chisel, as Citron and company forge ahead with their new game.

Fates Forever, the new game in question, is looking to take the AAA hardcore MOBA experience made famous by games like League of Legends and redefine it in a tablet-only atmosphere. Citron is looking to reinterpret the traditional mouse and keyboard control strokes into simple touchscreen gestures that will be both familiar and easily accessible to mobile users. Well one thing’s for sure after watching the debut gameplay trailer of Fates Forever in action: this is certainly not your typical casual tablet game right here, and it looks like that $8.2 million is going to be put to good use.

In speaking about the scope of the new project in light of its recent funding, Citron has commented, “Millions of gamers are going to grow up in a world where their first Personal Computer is a tablet, not a desktop PC. It seems like a no-brainer that these gamers will want to sit down and play a 45-minute session of a game like League or Dota 2.”

For more updates on the development progress of Fates Forever and when you’ll be able to play it first, keep it tuned here on Gamezebo!