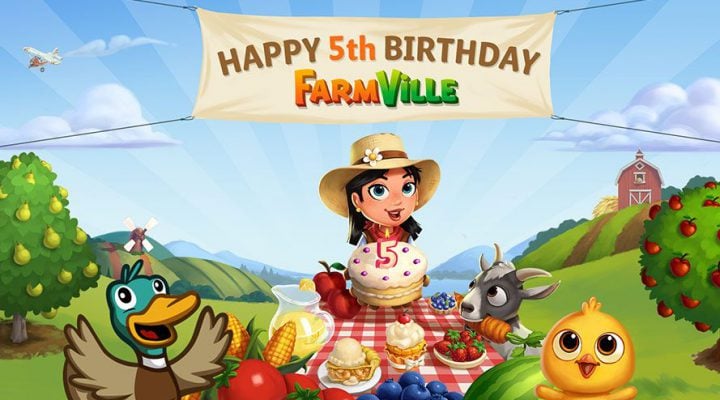 Love it or hate it, there’s no denying that Zynga’s biggest brand was the most-played game in the world for a few special months, and even now the game maintains more than a million players monthly (and it’s sequel more than 10m). That might be a far cry from the more than 80m monthly users at its peak, but hey — these are still numbers most developers only dream of having.

So… happy birthday FarmVille! For better or worse, you helped make Zynga a household name and ushered in an era of free-to-play casual games.

Current FarmVille players will be happy to see that Zynga isn’t letting this occasion go uncelebrated. All summer they’ll be offering special goodies in all three of the series’ games: FarmVille, FarmVille 2 and FarmVille 2: Country Escape.

Expect to see dogs join Country Escape later this month as part of the festivities, and ‘My Family Farm’ will let FarmVille 2 players start their very own families on June 26th.