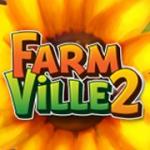 Well folks, it looks like the rumors were true. Just as we’d predicted, the game that was masquerading in the Phillipines as Big Harvest earlier this year is in fact FarmVille 2. Zynga confirmed this earlier today at their annual Zynga Unleashed press event with a teaser trailer showing video that matches up with the Big Harvest screens that were making the rounds back in May.

The reveal was left intentionally vague. As Zynga CEO Mark Pincus left the stage, he did so by saying something to the effect of “here’s today’s last game announcement,” and the video began to roll. After that, the event was over. No details, no follow-up – nothing. But I suppose that’s really all it needed to be. Confirmation of the inevitable.

We’ll be sure to bring you more news of FarmVille 2 as it surfaces.

Building a better jigsaw game, one piece at a time; a conversation with Puzzle Chasers producer Frankie Kang

Inside OfficeAttacks! A little mad scientist in all of us