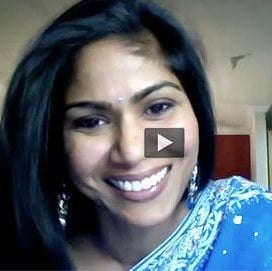 Just last week, I was playing a game of Vorp, a competitive action game on Facebook, with the developers. Most of the players were on Skype, and so we were able to both coordinate with team members and trash talk opponents. Video and voice chat is a common feature in many multiplayer games, and with today’s news that Skype video calls are coming to Facebook, it could well become a common part of social games, too.

It’s a feature that won’t be suitable for most Facebook games, obviously. The biggest games like Empires & Allies and CityVille rely on asynchronous gameplay, so you don’t have to worry about chatting with other players. But more and more games are including real-time multiplayer aspects. And not just action games like Vorp, but strategy games like CivWorld and Global Warfare, which feature persistent text chat rooms so that you can keep in contact with other players.

Right now, or at least very soon when it launches, the video chat will be built directly into the chat window on Facebook, and won’t support either group chat or purely audio chat. But since these are large parts of the Skype experience, it seems likely that they’ll eventually come to Facebook, as well. So soon you’ll be able to chat and play games with your friends, all within the confines of Facebook.

The just launched Google+ social network already features a similar feature, called Hangouts, which lets up to 10 users video chat together. So real-time communication is becoming an important part of social networks. And while gaming may not be the first thing to come to mind when you think of video chat, the potential is there.

With the technology in place and new games cropping up regularly that include real-time multiplayer, social games could soon become a whole lot more social.