Facebook names Gardens of Time most popular game of 2011 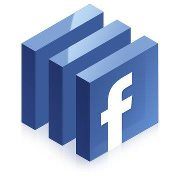 Facebook has released a list of the most popular games on the platform and, surprisingly, the top spot didn’t go to Zynga. Instead, Playdom’s hidden object game Gardens of Time proved to be the most popular Facebook game of 2011.

According to Facebook, the top 10 was compiled by looking at games with more than 100,000 users and high user satisfaction scores. The top games received the most user recomendations throughout the year.

In addition to the top 10 most popular games overall, Facebook also named the leaders in a number of other more specific categories. Top Eleven was the top sports game, Mall World the top fashion game, and Zynga Poker the top casino game. Meanwhile Battle Pirates was listed as the best up-and-comer, while Super Slots Machines was named the top game with between 50,000-100,000 users.

You can read all of the details right here.