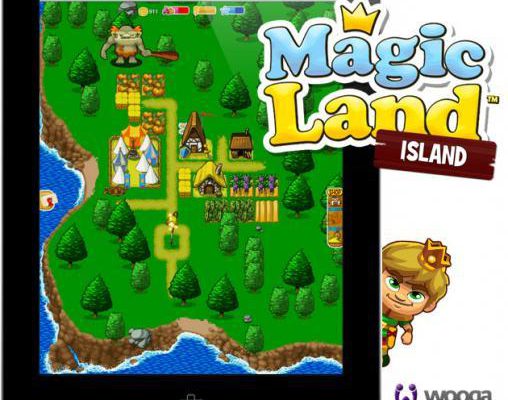 Last week, Facebook unveiled a major update to its mobile site. Along with all of the visual changes came some pretty big news for gamers: Facebook users could now play HTML5-based games on Facebook using their mobile phone. Nine games have been available since launch, and with a week to ponder, we decided it was time to dig a little deeper and analyze just what we thought of Facebook’s HTML5 gaming.

Rather than just grabbing one opinion, though, we couldn’t imagine any better pair to share their thoughts on a big happening in social mobile gaming than our own Social Games Editor, Andrew Webster, and our Mobile Games Editor, Jim Squires. Here’s what they had to say;

Playing the first wave of Facebook mobile games feels like stepping back in time. Right now the platform is full of text and menu heavy RPGs, poker games, and word games. The kind of stuff that was popular when games first came to Facebook. Even FarmVille is there. But amongst the nine games that are currently available none of them are particularly engaging or striking. It’s an inauspicious beginning to what could eventually be a very important new development.

While most of the games are simple menu driven affairs and FarmVille has been reduced to a list of animals and crops with no actual farm (though it is an easy way to do some harvesting on the go), wooga’s Magic Land: Island shows the most promise. And it’s not even that fun. At least not yet. 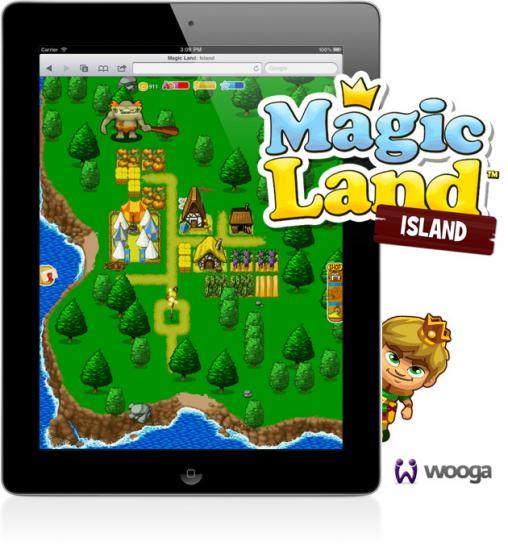 Basically, it’s an incredibly stripped down version of the main, browser-based version of Magic Land. You have a kingdom and you build houses, collect rent, farm for food, clear trees, and fight trolls, which are many of the same activities found in the main game. There are quests, but they’re pretty drab (plant 10 of these, chop down four trees, etc.) and so there’s no real sense of the world you’re in or any sort of story. Even more disappointing is that it doesn’t connect to the main version in any way. It’s just a smaller version you can put in your pocket.

It’s still the most impressive game so far. And that’s because, in spite of its shortcomings, it both looks and plays like a Facebook game. The visuals are bright and charming and you are actually tapping on characters and buildings instead of simple lines of text. It’s more like the embryonic stage of an actual game. You can see a game there if you look closely, it’s just not fully formed yet.

There’s an unfinished boat washed ashore on the island along with the words “Coming Soon…” Funnily enough, the main version of Magic Land also has a boat feature that’s coming soon. It could be a coincidence, or, more likely, eventually these two games will eventually have some sort of interconnectivity. And that’s really the ultimate goal here: to be able to play games where ever you are on whatever device you want.

Magic Land: Island provides hope that this is on the way. Even if it’s not quite ready yet.

It’s hard to not agree with Andrew’s overall sentiment. As far as big launches go, Facebook’s mobile gaming initiative is something of a bust. Only the most basic of games are available so far, and none of them could really be considered fun by any real standards. Still though – it has potential.

The kind of potential it has, however, is up for debate. While Andrew sees games like Magic Land: Island as paving the way for proper Facebook gaming, I think there’s something to be said for the style of integration we see in FarmVille Express. 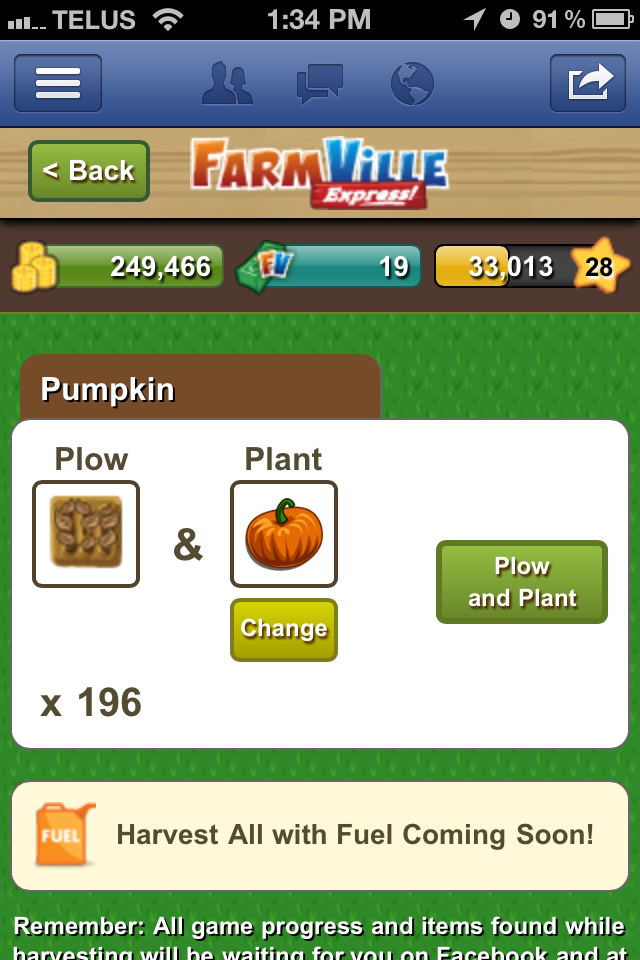 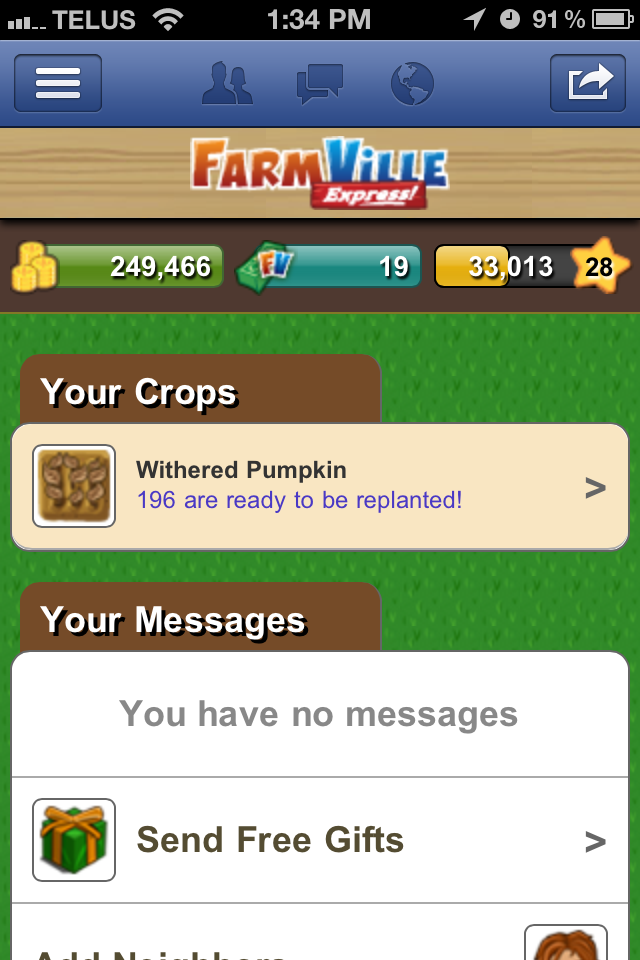 This isn’t FarmVille, but merely a FarmVille player aide. Anyone booting this up expecting a proper FarmVille experience is going to be sorely disappointed. I think the trick here is getting people to change their expectations.

FarmVille Express is the ultimate app for power users. Rather than clicking on square after square of land to harvest, plow, and plant, you can queue up what you want to do and tap like a madman. If you have over 200 squares of land to tend to, FarmVille Express takes a 10 minute chore and turns it into a 30 second solution. Likewise, dealing with neighbour requests has never been easier.

The trick, though, is that you can’t do everything from FarmVille Express. If you want to expand your farm, collect from trees, or click on animals, you’ll need to hit the full version. This gives players good reason to not choose between FarmVille and FarmVille Express, but to spend time using both. If they can figure out how to monetize both separately, developers like Zynga will be laughing all the way to the bank.

As much as I’d like to believe Facebook can launch a mobile gaming revolution, it just doesn’t seem like what they’ve presented here is capable of the same polish and presentation as a standalone gaming app. Facebook seems to agree, as selecting something like Zynga Poker from inside of their iOS app will bring you not to the HTML5 version, but the App Store to download the bigger offering.

If they can change that expectation though, and make Facebook mobile a place to extend your Facebook gaming experience rather than simply duplicate it, your mobile phone might just become an essential part of your daily FB habits.