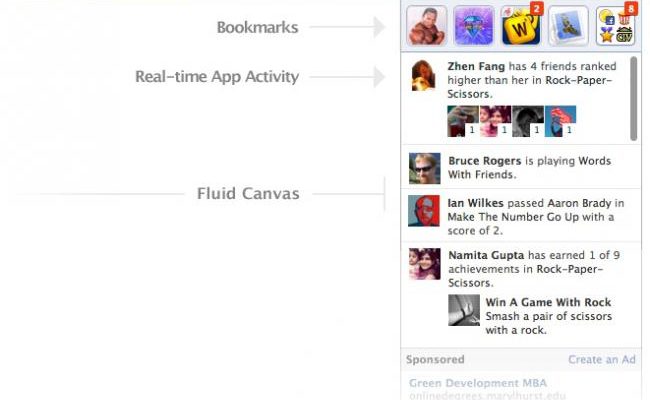 On the same day that Google+ Games was officially announced, the folks at Facebook announced a number of changes to the platform aimed at improving the gaming experience. Let the competition begin.

Chief among the changes, as revealed in this blog post, are a number of tweaks to the canvas page (the technical name for the page an app or game loads in). At the top right corner of the screen your bookmarks will be displayed, alongside counters that inform you of any outstanding in-game requests. Below that is a real-time ticker that shows you what your friends are doing with games in real time.

“We automatically generate ‘playing’ and ‘using’ stories in the ticker when friends use an app or play a game respectively helping users re-engage and discover new games and apps that their friends are using,” explains Facebook programmer Bruce Rogers. 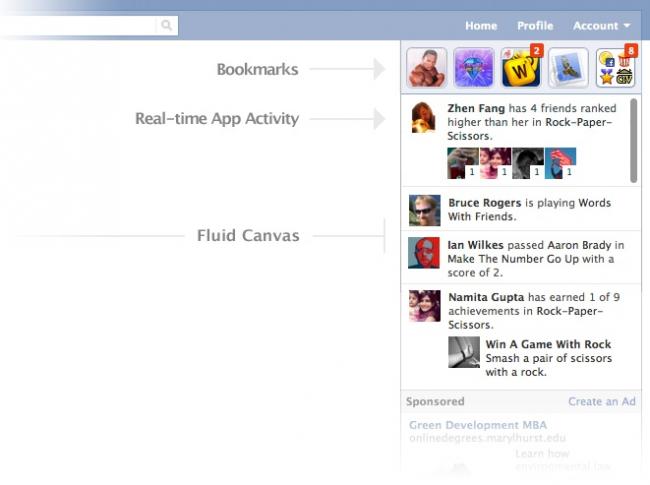 There’s also going to be a new feature called game stories, which allows users to publish stories about “achievements, passing friends’ scores, or leaderboard movement.” The changes will also allow the actual size of games and apps to automatically adjust depending on your screen resolution. This should be especially useful to those who play games on larger monitors.

It’s not just the app pages that are getting changed, though. On your home page, you’ll now beable to add a favorites section, that lets you list your favorite games for easy access. This list will appear on top of all others.

It wasn’t announced when users can expect to see the redesigned pages.