Home / News / Facebook gets its first gambling app in the UK

Facebook gets its first gambling app in the UK 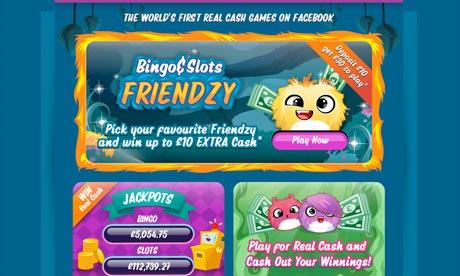 Facebook has made it official first foray into gambling.  Before you scream, “but wait, that’s illegal!”  It’s for a game in United Kingdom only and is restricted to Facebook members, 18 years and older.

According to Techcrunch, social developer Gamesys has launched Bingo & Slots Friendzy, a gaming app that allows users to play with real money instead of Facebook Credits.

Facebook told Techcrunch:  “Real money gaming is a popular and well-regulated activity in the UK and we are allowing a partner to offer their games to adult users on the Facebook platform in a safe and controlled manner.”
There is huge buzz in the social gaming about the future legalization of online gaming in the US and popularity of social gambling apps on Facebook and mobile devices.  Both Facebook and Zynga stock is not exactly catching fire lately;  online gambling is seen as a potential accelerator for the revenues and stock prices.

By quietly allowing the launch of a gambling app in the UK only (my guess is that Facebook was trying to be more quiet and that Techcrunch caught it, kudos to them), Facebook is testing the waters of online gambling on its network.

Gamesys, the developer of the app, is requiring users to verify they are who they are, that they are 18 years and older, and located in the UK. Facebook has both age and location-gating technology to ensure that social streams of the game’s gambling activities not showing to users 18 and younger.

“These are, however, more public relations and legal safeguards, than actual blocks to ensure that kids 18 and younger can not access these games.   It’s relatively easy to fake a location with IP-spoofing.  Just this past week, it was discovered that 83 million (8.3 %) of its accounts are fake.   Unless Facebook has some super-secret crypto-age and location blocking technology we don’t know about (and they might!), kids can get around most safeguards with a bit of dishonesty.

This is not an issue for Facebook unless it decides to open up its platform to become the biggest online gambling platform in the world.  Which, it’s apparently starting to seriously consider to juice up revenues.

If Facebook is seriously going to expand into adding online gaming apps on its platform, they are going to have to take the technical, moral, and legal issues very seriously.  By opening up their platform to online gambling apps where you can wager real money, they will turn their social network into a Vegas inhabited by 1 billion+ people.  And gambling is sitll not legal in the US and its going to be decided on a state-by-state (all 50 fo them) basis.

Gambling is a great way to make money, but at a huge cost what cost to Facebook’s brand and future growth.  Would your mom really keep going to Facebook to share pictures of her kids if she can also bet money for slots in the same place?

It’ll be interesting to see what happens when the first story of a kid from the US blowing their college fund on this Bingo app pops up (and yes, I am going to be smarky and assume a kid from Ohio can break through this app’s and Facebook’s age and location restrictions).

For more information about the launch of Bingo & Slots Friendzy on Facebook and the differences between US and UK gambling markets, read this excellent article in The Guardian as well.

Nothing ventured, nothing gained: Signia Venture Partners Jamil Moledina on innovation and emotion in social and mobile