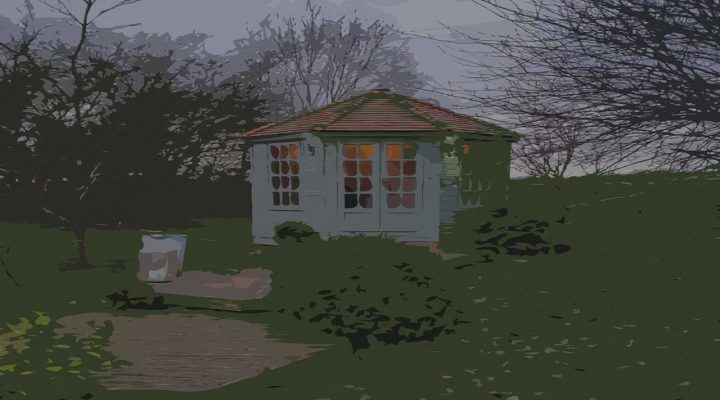 When we think of the Blitz – the sustained bombing campaign waged by Germany against the UK during the second world war – we tend to think of London, where the bombing was heaviest.

But the Blitz affected cities all across the UK, and When She’s Gone – a haunting new point-and-click adventure game from Turkish developer Missed Approach Interactive – explores the experience of civilians living in Manchester and the UK’s industrial North West.

It’s the 80th anniversary of those events, and the game stars Jonathan, a Salford man whose wife Sammy has left under mysterious circumstances – leaving behind a troubling note in which she confides that she’s finding it “hard to continue” amid the stress of the war.

The game sees you setting out into wartorn Manchester during an air raid to find Jonathan’s wife, risking the bombs as you explore harrowing scenes of devastation in a narrative that’s full of dramatic twists and mysterious events.

These scenes are both urban and domestic, with several iconic North West buildings interspersed with quieter scenes of indoor life. Outside the drama, When She’s Gone offers a fascinating insight into the lives of ordinary people during the war.

These scenes all look highly atmospheric, with a haunting, painterly art-style really helping to bring the period to life on the screen.

In terms of gameplay, When She’s Gone is a classic point-and-click adventure, with you visiting a variety of locations and tapping on the screen to find objects, interact with the world, and solve puzzles.

If you’ve ever played an adventure game on your smartphone before, you already know that it’s an intuitive interface that works perfectly on a touchscreen.

Boundary is a Hotly Anticipated Zero-G Shooter, Now Available to Wishlist on Steam