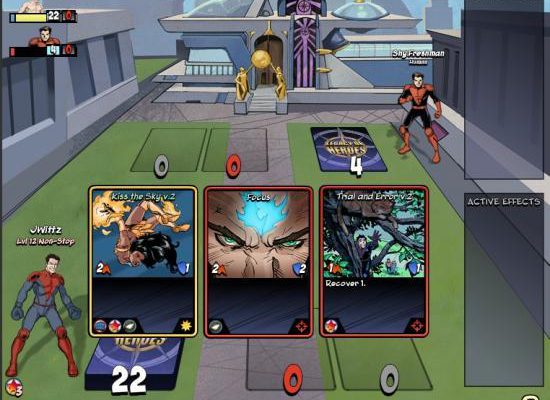 If you’re a collectible card game fan like me, you know how exciting it is when a new expansion comes out. New mechanics are added, epic characters are introduced, the mythos of the game is deepened… and you have a ton of new cards to play with. Luckily for all you Legacy of Heroes fans, all of that is happening very soon.

At this year’s Casual Connect, under much duress (read: over gelato), 5th Planet Game CEO Robert Winkler and Lead Designer Brian David Marshall revealed exclusively to Gamezebo that the first major expansion for the team’s comic-themed online CCG will be landing August 16th. Superhero pun fully intended. Fittingly, the additional content is being delivered the best way the team knows how: in the form of a comic book.

5th Planet will be fleshing out the story of the Legacy of Heroes universe by adding another “issue” to their existing narrative, and bringing along with it more card content, more characters, and more universe to explore. Perhaps most excitingly of all, however? This is going to happen once a month! Just as comic book fans experience every week for their favourite stories, 5th Planet Games want players to feel the recurring excitement of seeing where the story is going next, and how they can help take it there. 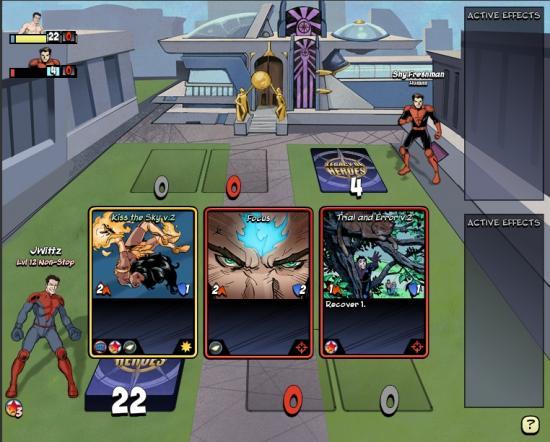 For those not in the know, Legacy is a “CCGRPG.” It allows you to choose divergent paths for your hero-in-training by levelling up individual cards, and mastering distinct powers. Along the way,  you gain access to a fully illustrated comic book narrative, and see how your class plays a part in the story at large. By launching new comic issues each month, Winkler hopes to create meaningful arcs that tie players’ actions together.

“We want to tell stories not only through the cards and the experience, but through the issue presentation as well.” Meanwhile, Marshall hinted that the team’s already-strong connections with established artists may see some very compelling crossovers make their way to Legacy in the near future. Neither he nor Winkler would budge on what that means for sure, but they would say that these are some of the same artists creating content for Spider-Man, Batman, and Superman. With great connections come great cameo potential?

If you’re interested in learning more about Legacy of Heroes, feel free to check out our game page, which will lead you straight to the game itself on Kongregate. In the mean time, stay tuned to this space for news about the expansion’s story, characters, and juicy details.