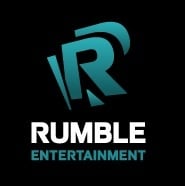 Free-to-play mobile games are quickly rising in prominence, and a new start-up called Rumble, founded by former employees at companies like Electronic Arts, BioWare, and Zynga, is looking to get in on the action.

Instead of developing blockbuster action games or more casual social titles, Rumble is planning to create more action-heavy experiences for mobile devices. The games, though, will still be free-to-play.

“We saw this third hill, and we think it’s the biggest of the three hills,” Greg Richardson, Rumble’s chief executive and former CEO of BioWare/Pandemic, told the Wall Street Journal.

No details are available yet on Rumble’s first game, though Richardson cites classic titles like The Legend of Zelda and Diablo as inspirations. The studio’s first release is expected to launch early next year.