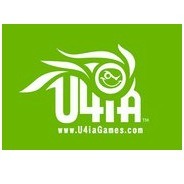 Welch will take on the role of CEO while Archer will be the studio’s chief creative officer. The two have previously worked on popular game series like Call of Duty, Tony Hawk’ Pro Skater, and Guitar Hero. The studio has raised $1.5 million in an angel funding.

“We founded U4iA Games to satiate our passion for creating new IP and game experiences while honing in on the industry’s sweet spot,” said Archer. “Many studios are making casual games for a core audience. We’re making core games for a social audience.”

U4iA’s debut release is described as an “online-only, hardcore freemium, first-person social game.” No platform or title has been released. The game is expected to go into a beta phase sometime next year.