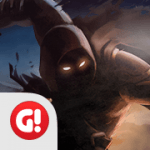 We’ve been salivating for more information ever since Game Insight first announced their fierce new endless runner with a dark overtone this past September. The biggest draw of Running Shadow is that the game aims to take that recognizable endless runner gameplay and infuse it together with core role playing elements: all set against the dismal, yet beautiful backdrop of a Gothic-themed world. So basically, it’s pretty much the closest we’ll ever get right now to playing a Castlevania endless runner.

But that was back when we only had a few measly screenshots to look at. Now a long-awaited gameplay trailer has finally entered the fold…

Actually seeing the game in action for the first time, everything about Running Shadow‘s mysterious and, well, shadowy lore immediately makes perfect sense. You’ll be speeding your way through foreboding castle interiors and dodging all sorts of deadly gauntlet traps like rows of spikes or fire columns. You’ll be encountering the fiercest of foes, from dastardly mages to ax-wielding knights. And of course, you’ll be running along a crumbling stone bridge with some ominous talons gripping at the edge.

So needless to say, we’re more than a little stoked to make our way through Running Shadow‘s gorgeously stylized world. The game is currently slated to launch on iOS and Android platforms sometime in early 2014, and in the meantime you can check out the game’s newly launched website for some more Gothic fun!